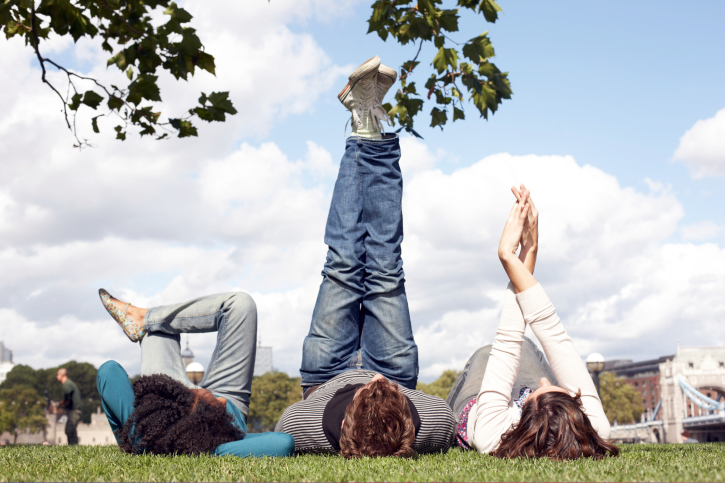 Polyamory, meaning "many loves," can be defined as the practice of having or pursuing multiple romantic relationships with the knowledge and consent of all involved. Falling into the category of ethical nonmonogamy, polyamory is becoming increasingly recognized as a relationship style, although monogamy is still the norm in many cultures. Polyamory is distinguished from polygamy in that polygamous people are married to more than one person, whereas polyamorous people may or may not be married to one other person.

Many of those who pursue polyamorous relationships find them fulfilling, and when challenges arise, a therapist or other mental health professional may be able to help partners navigate polyamory and other nonmonogamous relationship styles.

In many cultures, monogamy is still upheld as the ideal structure for committed relationships, but nonmonogamous relationship styles are increasingly being recognized as a valid choice. Monogamous cultures tend to support the ideas of “soul mates,” “true love,” and marriage as the goals of committed relationships. In an idealized version of this model, people generally engage in romantic relationships in order to find one person to spend their future with, believing once that person is found, they will no longer desire other relationships.

However, people pursue relationships in a variety of ways. Some people find a monogamous relationship style works for them. They may choose a partner and spend life committed to that one partner. Others move through a series of monogamous relationships, seeking out a new partner when they experience waning attraction or lack fulfillment. Still others find monogamy does not work for them and choose to pursue some form of nonmonogamy.

Ethical nonmonogamy is an informed choice, not something a person pursues only at the request of a partner. While people become aware of their desire for or tendency toward nonmonogamy in a variety of ways, it is generally considered unhealthy when people enter a nonmonogamous relationship without choosing it for themselves.

Some pursue an open relationship or choose to share partners out of the desire to experience casual intimacy with multiple people. Others find they experience love and affection for multiple people at the same time, and they may feel unhappy or stifled when in a monogamous relationship. For many, polyamory may be an unalterable aspect of identity, not a phase or a temporary lifestyle while waiting for "the right one" to come along.

Infidelity is not considered to be a form of polyamory. Though some polyamorous or open relationships may have different rules or standards regarding the information shared between partners about their other relationships, most exist on the basis that some information about each relationship will be shared for reasons of safety, consent, and trust.

Polyamory has recently received significant attention in the media. Showtime’s Polyamory: Married and Dating highlights the lives of a polyamorous triad and two married couples who move in together as a polyamorous foursome. A number of books offer advice on polyamory. One such book, The Ethical Slut, is considered by many to be a helpful guide and a good starting place for those who choose to pursue polyamorous relationships.

Due to the recognition of polyamory as a legitimate relationship style, people may be increasingly likely to identify as polyamorous. People in polyamorous relationships may raise children together, and married people may make additional long-term commitments to lovers to whom they are not married. Some dating sites feature selective filters for nonmonogamous relationships, and many people use these sites to find friends and potential partners.

Although polyamory is becoming more accepted, one challenge to the way it is viewed is the lack of inclusion of people of color, whether in the media, research studies, or in events and groups. People of color often report feeling “othered” or fetishized at polyamory events or in groups, and this marginalization may lead some to be reluctant to join communities that do not seem diverse or welcoming. Thus, people may feel excluded from a lifestyle natural to them.

Because plural marriage is not legal in the United States, polyamory has an ambiguous legal standing—even for those who do not wish to marry more than one partner. Laws generally do not specifically prohibit sexual relationships with more than one person; however, adultery is still grounds for divorce in many states. Thus, married people who are polyamorous may be violating their state’s terms of marriage even if they have chosen different terms, leading to potential complications. Other complications and conflicts may arise when partners in a polyamorous relationship raise children together but not all partners have legal rights to the child or children, or when multiple people attempt to buy real estate together.

There are as many ways to carry out polyamorous relationships as there are polyamorous people. There are some identities within polyamory, as well as more common types of relationship structures that emerge. While the following is not an exhaustive list, it represents many people who are polyamorous.

The polyamory flag has three stripes—blue, red, and black from top to bottom. In the center of the flag is a gold Greek lowercase pi symbol. Pi represents the first letter of polyamory, as well as the concept of infinite love.

The blue stripe of the flag symbolizes communication and honesty with all partners; red represents passion and love; and black is a reference to the closeted nature of many polyamorous relationships that are hidden because of intolerance or possible rejection.

Few celebrity couples have revealed they have an open or polyamorous relationship dynamic, though it’s common for tabloids and fans to speculate about celebrities’ personal lives—especially after anything resembling a scandal. Celebrity couples who have made murky remarks about the openness of their relationships include:

Other celebrities who have more explicitly talked about nonmonogamy or polyamory, or who have documented consensual relationships with multiple people concurrently, include:

Partners who remain committed to each other but also wish to explore intimacy or relationships with others may find therapy a supportive space to discuss the topic. Issues that may affect nonmonogamous partnerships include:

Some people may find that, despite their interest, a polyamorous lifestyle is not for them. Therapy can help one arrive at and clarify this realization and may also provide a safe environment to discuss this with a partner.

Case Examples of Therapy for Polyamory