Eye for an Eye, Tooth for a Tooth: Who Deserves Revenge? 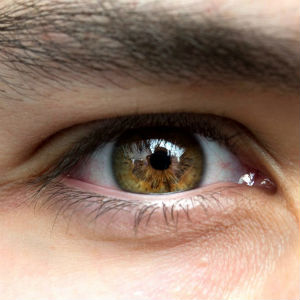 When I was in college, my friend Matt hit an old woman with his car and killed her. Every time he passes the street where she died, he remembers what happened and feels scared and sad. She died on a dark and windy night; it was raining hard. She came out from between two cars, suddenly, into the middle of the street, probably in a hurry and trying to avoid getting too wet.

Matt didn’t see her, didn’t know she was there until the moment of impact. He stopped his car, tried to help her, and called for the police and an ambulance, but it was too late. He is filled with remorse and has nightmares. Even if it was a mistake, he killed someone’s mother and grandmother. Matt lives feeling sorry, but he cannot make up for this tragedy.

Matt’s story, of course, is not unique—many similar tragedies unfold every day. The lives of all involved and their families are permanently stained. How will they sleep? How will they come to terms with what happened, even though it may have been an accident? Are friends and relatives of the deceased ever able to accept the tragic consequences, or should they extract revenge? What would that look like? Perhaps as time passes they no longer feel angry, although they will probably carry the sad memory of the incident forever. History can’t be changed, but the way we relate to it and remember sometimes can be.

A person can’t be brought back to life, but there are circumstances that are less dire and sometimes our feelings about what happened can change. I’m thinking here about breach of trust, about infidelity, about people who thoughtlessly hurt the people they love. In a moment, or maybe a series of moments, they have an affair, and then, after some time, they are caught by their partner. “I’m sorry,” they might say. “It didn’t mean anything. I didn’t mean it.” And perhaps they are genuinely regretful, filled with remorse, about the loss of trust they’ve caused, about the wound to their relationship.

Can they ever be trusted again? Can they trust themselves, can their partners trust them, or will there always be questions? “Where did you go?” “Who were you with?” “How come you’re home so late?” “Who were you just talking to on the phone?”

In the Dear GoodTherapy.org section of this site, there are many people asking themselves, “Can I forgive?” “Can I ever trust again?” “How can I get even?” These are unbearable, painful, suffering questions—tears seem to seep through the Internet and onto these pages.

I started off with examples of a woman who was killed in a car accident. An affair is not a car accident—nobody dies—but there is a murder of trust. My friend Matt lost trust in himself after the accident and never wanted to drive again, although he had to and does, regularly. The people writing about their partners’ infidelity lose trust in their partners and in themselves, too. Seems paradoxical, doesn’t it? They ask, “What do I do now?” “Should I leave?” “Get divorced?” “End the relationship?” “Should I forgive?” “I want revenge! I want them to know what I suffered. I want them to suffer even more than I did!”

Destroying trust is a hateful action, and sometimes people take a long time to get over it, but we need to get on with our lives, to make ourselves whole. You know what they say: “Living well is the best revenge.”