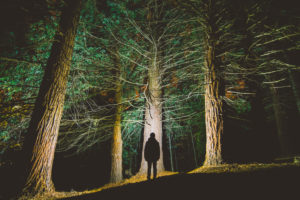 A nightmare is an upsetting or frightening dream.

What is a Nightmare?

Nightmares are common, and some dream studies have shown that about 75% of dreams are negative. The content of nightmares varies greatly from person to person, and may include painful memories, realistic but fear-inducing scenarios, or fantastical scenes of monsters and ghosts. Nightmares are particularly common among children, who frequently dream of frightening but unrealistic scenarios. Among very young children, nightmares can be especially upsetting because they may not understand that the nightmares are not real or that the scenes in the dreams could not happen.

Many scientists believe that dreams play an important role in memory, learning, and processing the day’s events. Nightmares are a slight variation on this, and may be a way for people to deal with fears and address trauma. However, some factors make nightmares more likely, including:

Can Nightmares Be Prevented?

There’s no surefire recipe for preventing nightmares. In children, establishing a regular bedtime routine and encouraging positive thoughts by reading stories or talking about happy memories before bed can help. Adults may experience fewer nightmares if they eat on a regular schedule, get adequate sleep, and limit their consumption of frightening media.

Generalized anxiety, posttraumatic stress, and some other mental health conditions can contribute to frequent nightmares. Therapy can help when real-life stress makes its way into dreams. Relaxation techniques such as meditation and deep breathing can also help to reduce the likelihood of nightmares. Some people attempt lucid dreaming – a kind of dreaming during which the dreamer knows he is dreaming and controls the content of the dreams – to avoid nightmares.