Core Energetics: What Is It and How Does It Work? 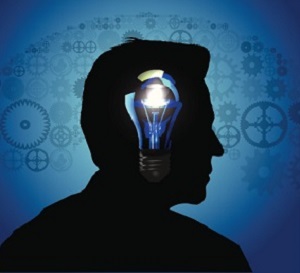 Core Energetics (CE) was created by John C. Pierrakos in the 1970s. Pierrakos was a student of Wilhelm Reich and worked closely with Alexander Lowen. After jointly creating Bioenergetics, Pierrakos split with Lowen to create his own unique way of working with his patients. Influenced by the work of Carl Jung and his wife, Eva Pierrakos, CE evolved to include not only the roots or Reichian theory, but also an eclectic mix of energy psychology and consciousness theory.

There are three primary tenets to Core Energetics. The first is that humans are inherently a psychosomatic being; the body and the mind of the individual are inseparable. Second is that the ability to heal what is necessary to heal, comes from within. Unlike traditional allopathic medicine, where a person relies on the healing of the physician or medication, in Core Energetics the belief is that what is required to heal is already present in the person. Third is that “all of existence forms a unity that moves toward creative evolution, both of the whole and of the countless components” (Pierrakos).

In CE, healthy functioning is characterized by a balanced flow of energy through the five fundamental levels of being: the body, emotions, mind, will, and the spirit. This energy is similar to the chi of traditional Chinese medicine, the Indian prana energy, and Reichian orgone energy. In fact, Pierrakos was the first Western scientist to bring together energy, spirituality, physics and psychiatry (Chubbuck).

When energy flows evenly and unobstructed, there is health and optimal functioning. When the energy is weak, or blocked, health is lacking. Such deficiencies can be seen in areas of the body where there is too much or too little energy. Affecting not only the body, energy dysfunctions can also impact the psychological functioning, and result in character structure types found in the work of Reich and Lowen (schizoid, oral, masochistic, psychopathic, and rigid).

One of the most basic principles in CE is that every person has a unique and predictable ability to love, grow and evolve to limitless potential. These abilities form the life force, or primal energy, found in each of us. The capacity of the individual to be in touch with and to allow this energy to flourish is what determines one’s level of health or suffering. It is through the body, mind and spirit that this energy flow can be observed, and is ultimately accessed in therapy (Chubbuck, 1999).

Another integral concept to CE is the belief that we are made up of layers of energy. At the core is our life force, the energy of life that moves, evolves and creates. As already mentioned, when we are aware of and allow this energy to flow, we are in balance and find health. Surrounding the core is the lower self, formed when we are unable to express negative and/or painful emotion. This defensive layer, the shadow self, serves to protect us from the potential consequences of authentic emotional expression. This layer of unexpressed emotional energy becomes fixed, hardened and literally shapes our physical structure (Chubbuck, 1999).

CE also uses specific equipment to work with the body. The roller, for example, is a tool that is used to work directly on the body. Basically, a large and thick rolling pin, it is used to smooth out muscles on the feet, torso, and large muscles of the legs.

Touch and massage, both by the therapist and by the individual, are used extensively in CE, again to work with the body and energy. Locations throughout the body common to blockages, including the eyes, the jaw and the diaphragm, are often the focus of this bodywork.

There are four primary stages in CE. The first, penetrating the mask, focuses on increasing the person’s awareness of their own character structure, and defensive armoring. This is done using extensive physical exercise, which serves to increase a somatic awareness of the self and begin, releasing authentic emotionality. “The therapist helps the patient to move from the conscious into the unconscious, and ultimately to reach the core of his being” (Pierrakos, 1990, p. 213).

The second stage, releasing the lower self, is divided into five parts. First, much like penetrating the mask, the therapist and individual continue to increase awareness and knowledge of the “attitude of denial,” the mechanism that is the defensive structure. Second, the meaning of this attitude is uncovered. In short, how does having this specific outlook on life impact other aspects of being? Third, the intent of this attitude, how it is used and why, is uncovered. Fourth, the cause, the original wound, or defensive reaction is revealed. And finally, work to uncover what is referred to as the mask, basically the face we have shown the world for much of our lives. This is working with the lower self. The next step is bringing the authentic self back online, then, in the context of a safe and unconditionally accepting therapeutic container, the negative and painful emotions that have been guarded and held within, are released and allowed to have expression.

Stage three is called centering in the higher self. CE “continues where other therapeutic approaches leave off, after the resolution of the dysfunctions. The third and fourth stages, then, are devoted to evolving the person’s path toward unification with all of existence” (Pierrakos). It stage three, the primary work is to increase trust in living from the authentic self.

The fourth and final stage, uncovering the life plan, is characterized by a meditation process consisting of four focuses. The first focus is on inner truth, which “helps the patient see who he or she can be and accept the effort it will take to evolve.” The second focus involves placing the truth uncovered in the first focus on the inner core, itself. The third focus is about where life is taking the person, where they are headed, and uncovering the uniqueness of the core. And finally, the fourth focus is about trusting that the world, the universe, can and will hold the evolution of this new, unique core self.

A typical CE session lasts about an hour. A person might wear tight fitting clothing, or even a bathing suit, to allow the therapist to easily assess and intervene with the body. As already stated, early interventions serve to increase the person’s awareness of their body and their structure by increasing and working with the energy. This is done with breathing exercises, postures, touch and other physical interventions. Sessions typically include intensive bodywork, movement and touch, in order to directly access and facilitate the release of held energy. It is quite common for such release to result in intense and cathartic emotional expression (Chubbuck).

One primary intervention common to CE is the use of staccato breathing. In his observation of newborns, Pierrakos noticed that while nursing, babies tend to breathe in short nasal sniffs. He hypothesized that by engaging in this primal, nurturing breathing method, one might reconnect with a lost sense of connection and love. He thus created the staccato breathing technique which served to release multiple muscular blocks as well as optimize the flow of energy through the body, balancing both active and receptive capacities (Wilner).

There are two ways energy moves through the body. Active energy occurs when we engage with something, when we act on something. It tends to flow posteriorly from bottom to top. Receptive energy, flowing anteriorly, allows us to receive love and engage spiritually. If the posterior flow is stronger, we tend to be less able to be compassionate, and feel things superficially. When the converse is true, we tend to struggle with doing, planning and completing thing (Wilner).

Common to Reichian and Bioenergetic theory, the body is divided into seven segments which include ocular, oral, throat, chest, diaphragm, abdomen, and pelvis. Staccato breathing simultaneously brings a flow of energy through all seven segments, in a figure eight pattern, crossing at the diaphragm (Wilner).

Staccato breathing is broken into three stages which include expansion (active), contraction (receptive), and pausing (relaxation). During expansion, the person lies down on their back with their knees bent. The back is arched as they close their eyes and take in five short, strong breaths through their nose. The person then holds their breath on a count of three and then exhales. During the exhalation stage, the person exhales forcefully through the mouth, as they allow their back to relax from the arching. The shoulders are raised and the tummy is tucked, as their body moves into a contracted posture. During the third phase, the body is allowed to relax for several seconds before the entire cycle is repeated (Wilner).

In conclusion, Core Energetics is a form of somatic psychology that brings together body, mind and spirit. At its core is the premise that all beings are born to give and receive love, and evolve to limitless capacity. Love, here, is life force, the core, authentic self that was covered over and protected early in our lives. Through the body-focused, cathartic interventions found in CE, the shadow, or lower self, which has restricted our movement, physically, emotionally and spiritually, is removed. “When the core, or authentic self, is no longer overshadowed by the destructive characteristics of the mask, or lower self, love is free to nourish people and help them transform their lives (Wilner).

© Copyright 2010 by Chris Tickner. All Rights Reserved. Permission to publish granted to GoodTherapy.org.