Coping with Bullying as a Quirky, Gifted, or Sensitive Adult 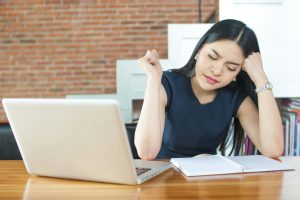 If you were to think of a bullying situation, you might conjure an image of a small, bespectacled child cornered by a much larger one. Or perhaps you might imagine a group of taunting children circling rivals, enemies, or maybe an outsider. It’s common to think of bullying as a children’s issue.

Generally, people don’t expect bullying from adults—yet it does occur and can even come in disguise from a trusted colleague or someone considered a friend. Those who stand out as quirky or different, such as gifted or highly sensitive people, may be more vulnerable than most.

Adult bullying can occur anywhere, but it often occurs where a person spends the most time, such as the workplace or in social situations. Whether at work or among friends, bullying can take a person by surprise given that our social norms tend to discourage aggressive behavior, particularly in adulthood. However, adult bullying doesn’t have to be obvious and belligerent; in fact, it can be quite subtle.

If you are an adult, you probably have witnessed or experienced some form of bullying. Bullying is usually considered to be a type of harassment that occurs when someone purposefully tries to control someone else, without their approval.

Verbal bullying often occurs through word choice or tone of voice, and can be tauntingly direct, suggestive, or perhaps indirect—such as ignoring your contributions, insinuating disrespect, devaluing your time, excluding you, or sabotaging your work.

Bullying of this nature may happen once or repeatedly. When a person bullies, it can stem from insecurity about something or low self-esteem. It might be due to feeling powerless on the inside, resulting in behaviors that seek to take power from others. People who engage in bullying might have been victims themselves or perhaps never learned how to self-regulate. Of course, at its most troubling, an adult might bully others because it “feels good” or is somehow fun or rewarding. Exerting power over another person might feel especially “good” if there is a lack of empathy for those being harmed.

No matter how they came to bully, people tend to find their victims in people they consider significantly different from themselves. This could be someone they perceive to be (or wish to be) at a lower social standing. It might be a person who just rubs them wrong in some way. While not the most mature of behaviors, bullying is a significant problem in the adult population.

Gifted and highly sensitive people tend to stand out as different, and therefore may be prime targets for people who bully. But what do we mean when we use the terms “giftedness” and “high sensitivity”?

A person is typically labeled as gifted if they have been professionally assessed to have an intelligence quotient (IQ) of 130 or greater. However, not everyone has undergone IQ testing, and many professionals who work with the gifted population favor a more descriptive definition of giftedness. According to Morelock (1996), the Columbus Group provided this definition of giftedness in 1991:

“Giftedness is asynchronous development in which advanced cognitive abilities and heightened intensity combine to create inner experiences and awareness that are qualitatively different from the norm. This asynchrony increases with higher intellectual capacity. The uniqueness of the gifted renders them particularly vulnerable and requires modifications in parenting, teaching, and counseling in order for them to develop optimally.”

Being qualitatively different, asynchronous, and atypical from the norm can make anyone of any age seem like an outsider.

What Is High Sensitivity?

Dr. Elaine Aron described highly sensitive people in 1997, purporting high sensitivity to be a personality trait that occurs in about 20% of the population. She further described this trait as stemming from differences in the nervous system, where there is a greater sensitivity to stimuli.

The same wonderfully positive traits that make this population stand out can lead to highly sensitive adults being misunderstood or perceived as weak, overly emotional, haughty, or pushovers.

The Workplace Bullying Institute reports that 27% of people have been bullied in the workplace (Namie, 2014). It stands to reason that a percentage of those who have been bullied stand out as different, quirky, sensitive, or atypical.

Gifted traits often include keen observation skills, fast thinking, and a strong sense of justice, which can potentially make gifted individuals sound like know-it-alls, system challengers, or tattletales—common marks for people who bully.

Even people generally considered kind may feel uncomfortable about, or threatened by, the characteristics often associated with gifted and highly sensitive populations. And the people who have these traits do tend to notice. The Gifted Identity Project (Malonai and Duncan, 2015) reported that most gifted individuals feel lonely, isolated, quirky, and different.

While gifted and highly sensitive people might come across as different, the quirky aspects of giftedness are multifaceted and sometimes incongruous. Gifted traits often include keen observation skills, fast thinking, and a strong sense of justice, which can potentially make gifted individuals sound like know-it-alls, system challengers, or tattletales—common marks for people who bully.

Likewise, rules and fairness tend to be important to this population, which may elicit conflict resulting in bad feelings. Gifted individuals are often looked to for leadership, even when it is not their place. This can later cause resentment or jealousy. Hyper-focusing is another common gifted trait, which can make someone seem inattentive or distant. In general, many traits commonly associated with the gifted and highly sensitive populations might bring about hard feelings in potential bullies.

How to Mitigate the Impact of Adult Bullying

Although you bear no responsibility for bullying behaviors you experience, it can be helpful to be both self-aware and open to improving your understanding of how others might perceive you.