Coming to Terms with Parents’ Feelings of Being Dishonored 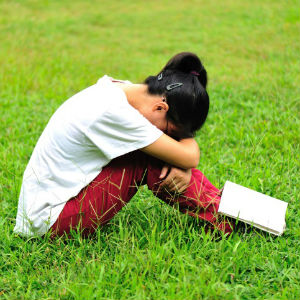 In many families, the belief that children must honor their parents is a given. It may be seen as a tenet of the family’s culture, religion, or may be so fundamental that it is experienced as a rule of nature. In any particular family, the meaning of honoring one’s parents can vary from total obedience to respectfully listening to the wishes, perspectives, requests, etc., that parents express. In any particular family, the consequences of dishonoring a parent can range from mild feelings of anger, hurt, and sadness to intense anger, disappointment, extreme hurt, and disownment. (I am not considering the kinds of families which go to extremes which could result in honor killings.

In families with intense and powerful beliefs that children must honor their parents by sharing their points of view and behaving accordingly, children learn that any attempt to differentiate themselves from their parents by having separate, diverse perspectives or needs is unacceptable. Growing up, they learn what consequences to expect should they express their separate, differentiated selves when they are in conflict with family values. For children who struggle with these feelings, the dilemma of how to honor one’s parents and still be “true” to oneself is not easily resolved.

It is hard to imagine, even in families and cultures with strict admonitions not to depart from parental ways, that children don’t have thoughts that differ from what parents want. To protect themselves and preserve the parent-child relationship, children develop ways of coping. Some unconsciously dissociate (not be consciously aware of) their conflicting wishes, needs, and thoughts. Others suffer quietly and internally with the conflicts between what they think and desire for themselves and their wishes not to hurt, anger, disappoint, or shame their parents.

In my work as a therapist, I often encounter people who seek therapy when they can no longer contain these conflicts and feel that any choice they make between what their parents wish for them and what they want for themselves is unbearable. (Here I am not considering people who dissociate.) Most of these people express loving feelings toward their parents. They are vulnerable to feelings of selfishness, self-betrayal, fear of angering or disappointing parents, and pain about hurting parents. There may be intense shame that their thoughts and feelings are not those of a good child and that their choices could dishonor and shame the parent in the family or community.

As a therapist who values self-determination, individuation, and agency, it is essential that I recognize and respect the value systems that people have internalized. There are no rights and wrongs here. Each person I work with needs to be helped to understand, as much as possible, what his or her conflicts are about, and which choices result in the most tolerable consequences. Therapy has to facilitate the process of making the intolerable feelings more tolerable.

“Lucy” is a 26-year-old Asian woman who came to my office racked with conflict. She and her 29-year-old brother were born in the United States; her parents were born in Asia, where they met and married. They came to the U.S. before the children were born. Most of Lucy’s aunts and uncles emigrated around the same time as her parents and she now has a large extended family, mostly in the Northwest. Lucy came to New York to go to graduate school for fine arts. She met Peter, who is not Asian, in one of her classes two years ago, and Peter has asked her to marry him.

Lucy told me, “I love him so much, but I think it will kill my parents. I haven’t told them about him. When I’ve gone home for vacations, they always want to fix me up with someone from my culture, but I’ve managed to get around it. I also haven’t let Peter know how much of a problem it is for me. I don’t think I can keep up this charade. I keep thinking maybe I should just marry him and never tell them. I don’t know how Peter would feel about that. I can’t imagine giving him up, and I feel so selfish. But if I tell them, I can imagine my mother sobbing hysterically and never getting over the hurt. I can see my Aunt Lynn saying something mean to my mother about how she has such a dishonorable and disrespectful daughter. My mother will die of shame. What am I going to do?”

“Wow,” I said. “You are up against a lot of powerful forces that are tearing you apart and making the possibility of coming to a decision a horrible proposition. You can’t win. But you obviously can’t continue to stay in what must feel like a terrible war going on inside you.”

“Yes, that’s it!” Lucy said. “How can I possibly make any choice and be OK with it?”

“I don’t know that you will ever be fully OK with any choice you come to, but I’d like to help you be OK enough with how to proceed with your life,” I said.

Lucy and I used our sessions to explore her understanding of her family, her culture, and their values. We clarified the powerful nature of respect and honor for the wishes of the elders in the family and the importance of tradition. Lucy acknowledged that her wanting to marry someone from another culture was especially threatening. It not only was going against what her parents wanted, but this particular act—marrying a non-Asian man—would be seen as a public announcement of going against parental wishes.

“I didn’t have the words for it before,” Lucy said. “It seems this is not a private conflict between me and my parents. It is there for all to see. I am such a bad daughter. My brother and all my cousins have married within our culture. It will bring such shame to my family. I don’t know if I could do this to them.”

I asked Lucy if she was worried about anything other than the impact on her parents and family if she were to marry Peter. She thought for a while and started to cry softly. “I love them so much,” she said. “I worry that they will never forgive me, that they will hate me. I’ll be all alone.”

Lucy began to sob. “What if they refuse to be my children’s grandparents? What kind of family will I bring my children into? How can I do this?”

It was apparent that Lucy had kept her family totally in the dark about Peter. I wondered if they were as clueless as she thought. I also began to wonder with Lucy about some theoretical possibilities (not suggestions): What would she guess would happen if she casually mentioned that she had a date with this man Peter to her mother? Her father? Brother? A cousin? Would there be different responses? Would anybody seem interested or excited for her? These questions created some thoughts that surprised both Lucy and me. She realized that there would probably be different responses. She was pretty sure her cousin Cindy would be really into it and it wouldn’t be a big deal. Then she thought her brother might be OK with it, too. She felt her father would get cold and withdrawn to express his anger, and she was certain that her mother would be inconsolable, hurt, and ashamed.

As Lucy and I continue to examine the issues and explore them from all angles, it doesn’t feel as hopeless as when we first began talking. Lucy is planning to talk to her brother. This is an opening up by including a family member in the secret of Lucy and Peter. Perhaps Lucy will find an ally in the family. She has a fantasy of introducing Peter to her brother. Another breakthrough has been that Lucy has told Peter about her conflicts and her worries. His comforting response and willingness to let her find her way through this dilemma has strengthened her resolve to find some emotionally acceptable resolution for herself.

In our explorations, it was clear that growing up, Lucy had been successful hiding differences with her parents. When she felt strongly that she wanted or thought something that they would disapprove of, she kept it a secret. She had never really disobeyed them in any serious way. She had always been able to contain her conflict and struggle internally.

Considering marrying Peter was the first time she could not keep her conflict inside. Now that her struggle is more out in the open, she is in the process of determining how and if to keep it private or if it is safe enough to make it more external. Her consideration of including her brother, for example, could lead to a conflict between the two. The fact this is a consideration for Lucy moves the conflict resolution process to a new arena.

It is hard to imagine that Lucy’s family will come to fully embrace Peter and/or that Lucy will feel totally untroubled by a choice to marry Peter. Although it seems that Lucy is trying to find a way to be OK with marrying Peter, at any time in Lucy’s struggle to decide what and who to honor, she could choose her parents. For example, Lucy has told me that she could never marry Peter and not tell. She also could never tolerate her parents disowning her. So there is still work for Lucy to do to as she focuses on resolving her conflict. Hopefully, it will result in an outcome that feels acceptable.