Can Listening to Binaural Beats Make You Feel Better? 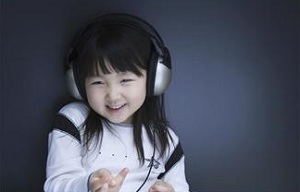 Binaural beat technology (BBT) was discovered in the early 1800s and first described in the popular literature in the early 1970s. In the last four decades, binaural beat audio programs have been touted as tools for reducing stress, improving sleep, enhancing concentration, and even fostering altered states of consciousness. In the ‘70s and ‘80s, BBT audiotapes were primarily found in more esoteric venues, such as New Age bookstores, health food emporia, and retreat centers dedicated to consciousness exploration. One such center, the Monroe Institute in Virginia, is well known for their use of Hemi-Sync recordings, which feature BBT.

Today, BBT has become more commonplace, as one can download MP3s and smartphone applications in a matter of moments. Although the prevalence and popularity of such products has waxed and waned, several studies examining the potential usefulness off BBT have been conducted with a variety of populations.

What is BBT?
The term “binaural beat” refers to the brain’s tendency to hear the difference between two similar tones that are played in opposite ears as one new tone.  Our ears hear tones in terms of hertz (Hz), or cycles (the number of times a wave repeats itself) per second. Beats played at frequencies that are characteristic of brain wave frequencies are both audible and thought to facilitate alterations in our predominant brain-wave state.

Types of Brain Waves and Their Associated States
At any given time, our predominant brain wave may be in the frequency associated with deep sleep or deep trance (delta; 1-4 Hz), meditation (theta; 4-8 Hz), relaxed awareness or daydreaming, (alpha; 8-12 Hz), a state of relaxed focus (low-beta, or sensorimotor rhythm [SMR]; 12-15 Hz), alert mental activity/concentration (mid-beta; ~15-18 Hz), anxiety (high-beta; >18 Hz), or high-level information processing (gamma; >30 Hz). Gamma brain-wave states appear to be the least well researched. There is no “best” state to be in; however, at different times we will understandably want to be able to shift into one that is appropriate to the task at hand, whether sleeping, working on a project, or relaxing.

What Type of BBT for Which Conditions?
It has been hypothesized that a number of conditions, including chronic stress, chronic and postoperative pain, migraines and other headaches, problems with attention/concentration or learning, and insomnia, to name a few, reflect an imbalance or irregularity in brain-wave states. The deliberate use of BBT to change the predominant brain-wave state is referred to as brain-wave entrainment (BWE). BWE is not limited to BBT, but discussion of other methods is outside the scope of this article. However, a 2008 review of the BWE literature found that delta stimulation was associated with improvement in migraines and other headaches and reduction in short-term stress. A single session of alpha stimulation was associated with stress reduction in some settings, but not for those undergoing root canal. Alpha stimulation was also linked to pain relief. Beta improved attention, reduced short-term stress, alleviated headaches, reduced behavioral problems, and improved performance on measures of overall intelligence. An alpha-beta protocol improved verbal skills performance and attention, and a beta-gamma protocol showed improved arithmetic skills in children who had learning disabilities or attention-deficit hyperactivity. Most of these studies examined photic stimulation (presented via flashing lights) or combined photic and BBT entrainment rather than BBT alone. Thus, it is difficult to draw a definitive conclusion about the specific utility of BBT from this review.

BBT as a Potential Tool for Reducing Anxiety and Pain
The results of a small pilot study published in 2007 found that listening to an hour-long program emphasizing delta BBT for 60 days was associated with a decrease in self-reported trait anxiety and an increase in quality of life among eight healthy adults. The level of dopamine (an excitatory neurotransmitter) was also decreased significantly and may be related to the decrease in trait anxiety scores. Interestingly, the team assessed changes in the level of growth hormone because the BBT’s producer claimed that listening would increase these levels. Growth hormone decreases with age, and thus, an increase would be considered a potentially beneficial outcome; yet, listening to this BBT program was associated with a significant decrease in growth hormone. Both the reasons for this result and it’s implications are unclear.

Perhaps two of the more intriguing studies about BBT were the following trials with patients undergoing surgery. The first is a 2005 double-blind, randomized controlled trial in which 108 patients undergoing general anesthesia for elective surgeries received either a BBT plus music audio, the same music without BBT, or no intervention other than standard care for a 30-minute period prior to their operations. The BBT audio featured a progressively slowing beat that ended with 10 minutes of delta. No adverse events were noted, and although initial state anxiety scores were higher in the BBT group (prior to the intervention), the most significant decrease in anxiety was also in the BBT group—even after adjusting for the fact that participants in this group on average had higher initial anxiety. Listening to music alone was also associated with a significant decrease in anxiety, but this decrease was of a lesser magnitude than that of the BBT group. This study showed that an inexpensive, one-time intervention of short duration was beneficial despite the stress characteristic of undergoing surgery.

The other study was a randomized controlled trial of 60 patients about to have surgery with general anesthesia. Twenty patients were assigned to each of three conditions: a Hemi-Sync BBT program, listening to the music of their choosing, or listening to a blank audiocassette for 30 minutes prior to surgery. None of the participants was offered any sedative premedication. Stereo headsets from all groups of participants were removed before the patients entered the operating room but were replaced and the respective audio programs restarted after the induction of anesthesia. Headsets were discontinued at the conclusion of surgery. The researchers found that using the Hemi-Sync programs resulted in significantly less intraoperative use of fentanyl (a very potent, synthetic opiate pain medication), lower self-reported pain scores several hours after the surgery, and being discharged from the hospital sooner. Unfortunately, the specific frequency of BBT was not described in this article.

Anecdotally, several months ago I went for my first-ever root canal and noticed considerable anxiety at the thought of having a very sensitive tooth drilled (even with anesthetic). On the way to the endodontist’s office, I listened to both a guided imagery program designed specifically for medical procedures in which one must remain awake (available via HealthJourneys.com) and also to a free delta BBT program (Napuru) I’d downloaded for my iPhone. The delta tones were played against a backdrop of ocean waves. My subjective experience was that the BBT and imagery, combined with mindfulness practice before and during the root canal, reduced my anxiety significantly and enabled me to get through what seemed like an eternity of loud drilling. I cannot say what the most “active” ingredient in this integrative approach was; however, the point is that this nondrug, inexpensive, easy-to-use adjunct was effective for me.

BBT has been around for decades and is now readily and inexpensively available. There are some data to suggest that it may be helpful for relieving anxiety in general and in the context of a stressful event. There is also some evidence that BBT or other methods of brainwave entrainment may help with pain, concentration, headaches, and other issues, and serious risks or side effects have not been reported. The current research does not definitively answer the question of whether there would be a dose-response effect or a benefit from listening to BBT more regularly versus listening once; however, this seems plausible. More research needs to be done to better elucidate whether BBT could be used as an independent therapeutic tool, however. Additionally, assuming BBT is effective, one should not drive or perform tasks requiring sharp focus when listening to delta, theta, or alpha tones, as these may induce a very relaxed state.