Breaking the Chains: Finding Relief from a Harsh Superego 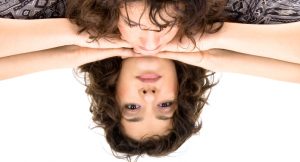 Have you ever thought, “I’m my own worst enemy”?

If you find yourself experiencing these or other negative thoughts and feelings frequently, you may be dealing with a harsh superego. This internal “enemy” is the voice in our heads that reminds us of our failings and shortcomings. It reprimands us when we think or act independently of its proscribed behavior, and it can censor us in very sneaky ways.

At times, it may be almost like living under the shadow of an intimidating, abusive parent.

The Birth of a Harsh Superego

The superego is the part of a person’s mind that acts as a self-critical conscience. There are differing opinions on exactly how a superego is formed. Sigmund Freud believed the superego formed during the emotional tumult that takes place in the toddler years, during which time a child internalizes the voices of their parents.

Melanie Klein discovered, through her observation of young children, that the superego forms not from the internalization of parental voices but in infancy, as a byproduct of an infant’s attempt to protect the self from aggressive and destructive thoughts and feelings.

Regardless of how and when the superego is formed, it seems universally understood that a child’s early environment has a significant impact on the nature of the superego. While supportive, present, and receptive parents are more likely to effect the formation of a mildly critical or supportive superego, a harsh superego is, more likely than not, at least partially the product of critical, harsh, or emotionally or physically absent parents.

Like an envious child who would rather destroy something that isn’t theirs, simply because they cannot have it, a harsh superego can make it feel like there is an internal someone or something that is intent on destruction.

Shifting from a harsh to a supportive superego takes hard work, but it is possible.

Those who experience this harshness, these internal cuts, might often feel stuck in life. They may feel isolated, experience depression, self-harm, or fantasize about hurting themselves or others. A harsh superego can lead people to push others away and can also cause a person to feel stagnant at work or in a relationship.

Some individuals who cope with a harsh superego may also be more likely to turn toward drugs, alcohol, or other substances or use violent outbursts or sex to escape the persecutory voice within.

Shifting from a harsh to a supportive superego takes hard work, but it is possible.

This work may be particularly difficult to do alone, especially because the harsh superego is adept at getting to us in any number of unconscious ways. Any kind of permanent change requires awareness and work conducted within a positive therapeutic relationship.

The central vehicle for change is awareness. The more you are aware of the harsh superego, the more empowered you are to change it. There are practices you can employ at home that are often helpful.

I suggest a daily meditation practice of 5-10 minutes. Focus on the breath and observe all manifestations of the harsh superego as they arise.

These are all important things to consider as you become more aware of the harsh superego, in order for you to catch it at increasingly earlier stages and lessen its negative impact.

Generally speaking, awareness may not enough to enact permanent change. This is where psychotherapy and psychoanalysis can often be helpful. A psychotherapist or psychoanalyst will be able to listen for the different manifestations of the harsh superego and help point out the different ways it can have a negative impact.

Even more therapeutic than education, however, is the attitude the therapist brings to this exploration. Like a loving and patient parent, a compassionate and empathic therapist can, over time, be internalized, replacing the harsh superego with a more supportive one. This is likely to take both time and patience, but it is absolutely possible.