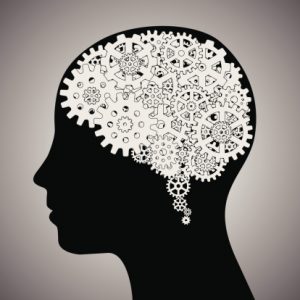 Intelligence is the ability to learn, process, comprehend, and store information gathered from the environment. The term is an elusive one, as philosophers and scientists have debated the concept of intelligence for hundreds of years, and it has proven difficult to limit the idea of intelligence to one collectively agreed-upon definition.

However, psychologists have only recently generally agreed that in order to understand intelligence and what it does, a person’s ability to adapt to the surrounding environment must be considered. Adaptation, put simply, means changing one’s self to fit one’s surroundings or finding new surroundings, if necessary. This action involves several cognitive processes, showing that intelligence is a collection of many abilities, rather than any single ability.

Several tests exist to measure intelligence, the most common and popular of which is the IQ test. IQ tests were originally developed to test for mental retardation, but eventually they began to be used to measure children’s intellectual development in comparison to other members of their age cohort. Modern tests now test for “G,” a factor of general intelligence that incorporates cultural knowledge, basic skills, and facts that supposedly do not depend upon education. However, many people have criticized this test as culturally biased, since IQ test scores tend to go up with education and training and because factors such as poor nutrition can negatively impact test performance. Another flaw is that the IQ test does not measure things like social intelligence, the skill of interacting with others.

Subjective assessments of a person’s intelligence can strongly affect that person’s life. When a teacher believes that a student is intelligent, for example, that student is likely to get more attention in the classroom. Similarly, employees perceived as smart may receive better opportunities and more promotions. The negative side of this generally occurs when a teacher views a student as less intelligent than their peers and pays less attention to that student. This makes it more likely that the student will fail to develop intellectually. Thus, many experts have advised extreme caution in both defining and measuring intelligence.

Common subjects for debate include:

One popular theory of intelligence, developed by psychologists Raymond Cattell and John Horn, suggests that overall intelligence is comprised of varying abilities that can be categorized as either fluid or crystallized. Fluid intelligence is the ability to reason, think abstractly, and solve novel problems. It is considered to be more of an innate ability, one that is independent of a person’s learning or experience. Situations that involve fluid intelligence include solving puzzles and recognizing patterns.