Working with an Uncooperative Partner: 6 Tips for Success 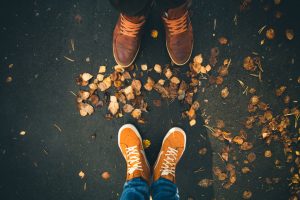 Imagine you are in a long-term relationship that, like all relationships, has its rough patches, its areas that need improvement. You are motivated to address these difficulties in order to elicit change, grow, and bring your relationship to another level. Your partner, on the other hand, is unmotivated and unwilling to put forth the same effort.

There may be any number of reasons behind their lack of motivation: They may be facing personal struggles or mental health or emotional challenges. This may simply be who they are.

Whatever the case, you may face extreme disappointment when confronted with this reality. You may beg, plead, try any number of methods to encourage your partner to cooperate, all to no avail. Some people may take this as a sign that the relationship will not work out and end it there. Others may prefer to stay in the relationship, for any number of reasons, and decide to do their best with what they have.

If you are in this situation and are among those who have decided to stay, you may wish to seek support from friends, family, and even a trained therapist or counselor. You might also consider the six strategies below as possible ways to constructively address the situation in order to create optimal dynamics in your relationship.

1. Take Care of Your Own Wants

Even the most ideal partner may not be able to provide everything you want. With an uncooperative partner, you may feel even less fulfilled. You might experience frustration and anger or develop the urge to try and change your partner, to push them to do what you want. However, these strategies usually are not helpful. Ultimately, it’s generally best to empower yourself to take care of your own needs and wants rather than relying on your partner to do so. Yes, it may be disappointing to engage with an inconsiderate partner, but by becoming proactive in doing whatever is in your power to fulfill your wants, you are taking control over your life. Rather than expecting or waiting for your partner to do things with you and becoming upset when they don’t, you become better able to proactively find your own solutions.

Many individuals enter into a long-term relationship expecting their partners to fulfill all of their needs. They may expect a partner to be a companion, a protector, a lover, an intellectual peer, and/or to share the same hobbies and interests. But what if your partner cannot fulfill all of these wants? My suggestion is to find new channels to satisfy yourself and create a more meaningful and fulfilling life, with or without the other person. You can go to the gym, join a book or a movie club, participate in a philosophy group, take a class, build friendships, an so on. By diversifying your interests and social circles, you may find multiple ways to be fulfilled. Indirectly, you are likely to feel less frustrated with your partner as you reduce your reliance on them.

It is always a good idea to surround yourself with an environment that is conducive to your well-being and happiness. Your ideal environment might include family, friends, and/or social and professional networks, for example. Anyone can benefit from social and emotional support, and you can turn to these people in times of need in order to gain a better perspective, seek encouragement, and increase self-esteem. It is usually helpful to talk, reflect, analyze and brainstorm with others about challenges and issues. In addition, social support is considered a form of psychological support, and you may find it improves your quality of life while also creating a buffer against the shock of unpleasant situations. There may come a point in the relationship when you find that to continue in it requires giving up on certain goals, expectations, or visions you have cherished, and you may then face a difficult choice: Leave it, or live with it.

One key element of creating healthy and happy relationships is setting boundaries. It can be even more crucial to establish clear boundaries when engaging with partners who may try to manipulate, use, and take advantage of situations. Defining what you are willing to tolerate and communicating this to your partner is an effective strategy. By acting assertively, you can not only protect yourself but also empower your partner to take responsibility for their actions and needs. Be consistent and stick to your boundaries. Often, the discipline of boundaries will generate positive results in your lives. Yes, it can be challenging to set boundaries in relationships with partners who do not support limits. But it is absolutely possible and is necessary to your well-being.

5. Reinforce and Influence Your Partner

When you are the best partner you can be, you may be better able to influence your partner, who might eventually follow and provide you with the same attitude and support. When you offer support—perhaps by listening actively, asking clarifying questions, and otherwise behaving in a way that demonstrates positive and constructive intention—you send a clear message to your partner: “I am here to support you. We are facing this challenge together. You are welcome to participate.”  Make an effort to find ways to reinforce your partner and reward them.

There may come a point in the relationship when you find that to continue in it requires giving up on certain goals, expectations, or visions you have cherished, and you may then face a difficult choice: Leave it, or live with it. Many people find their situations too painful and/or unrewarding and leave the relationship, choosing not to further compromise themselves. Others accept that the situation is unlikely to change but decide to stay nonetheless, continuing to pursue happiness and fulfillment by letting go of some of their desires and expectations or changing their perspective regarding them. Whether you let go of the relationship or let go of some of what you had hoped for, it is necessary to come to the realization that the other person is beyond your power. Trying to control what cannot be controlled requires large amounts of energy and resources that could possibly be used to achieve something better and more fulfilling in your life. Whether you choose to “leave it” or “live with it,” you regain the power of control and can focus on fulfilling your life rather than hoping for an uncooperative partner to do it for you.

It is generally believed that humans are meant for connection and relationships. Most of us desire to live a life that is not isolated but diverse and interconnected, shared with a variety of people who all contribute meaning in a variety of ways. You may wish to share everything, or at least most things, with a partner, but this may not always be feasible. Yes, it is normal to expect a partner to change and be more cooperative toward shared goals or the relationship itself. But you might wish to consider whether it is better to focus on making fulfilling changes for yourself rather than pushing your partner to change. Then, if you don’t get the outcome you want from your partner, you won’t have wasted your energy but will instead have experienced personal growth, perhaps creating a more fulfilling and meaningful life for yourself in the process.

Your personal growth provides the freedom to exist with other people, even uncooperative ones, in a new manner, one in which your happiness no longer depends on another person.