Why Can’t We All Just Coexist? 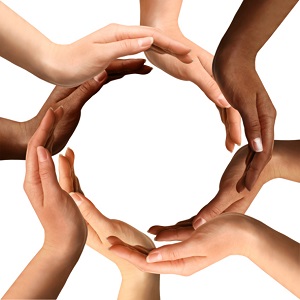 A dear friend was telling me the other day about a bumper sticker that had symbols of some of the world’s religions and writing that said “coexist.” What a shame that as we approach the start of the Easter/Passover season, in which many of the world’s believers participate, people are far from accepting the right of others to worship as they see fit without judgment or condemnation. Why is it that many people feel that their religion is the one true way to believe in and connect to God?

I can only speculate from my perspective as psychotherapist and Yoruba/Lucumi priest. Here are some random guesses.

So what can we as individuals do to combat this worldwide pathologic response of religious fundamentalists who are ironically supposed to have a love of God and God’s children?

I’m sure my readers will have something to say about what I have written in this article. Please feel free to offer your own list of examples of reasons why it is so hard for many to coexist and what solutions are possible.

And if you’re a practitioner, have a joyful Easter-Passover holiday.