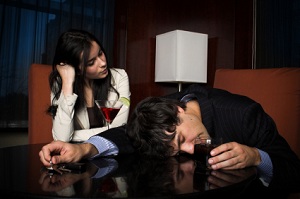 In couples and sex therapy, one of the common themes that come up is that of acceptance. I strongly encourage people to accept their partner, and accept each other. I believe that acceptance is at the core of a successful intimate relationship. I discourage long lists of expectations and/or changes that people often bring into their relationships, which may be ideals of who their partner should or should not be, perhaps based on how a previous partner may have been or how the perfect partner should be. These ‘ideals’ or ‘shoulds’ can be quite detrimental not just to the relationship as a whole, but affect other areas of the relationship along the way, such as a couple’s sex life. Ideals and ‘shoulds’ can sound like judgments and criticisms, and there is just no room for hostility in the bedroom (well, in most cases). So limiting our lists to two very specific items is something I recommend; simply accept the rest. Acceptance conveys the message that we love our partner just the way he/she is, and that quite possibly we even admire them, look up to them, and still love and/or are in love with the same person when we met, and who we fell in love with. If we find we cannot accept our partner much of the time, and that we get angry too much, then taking a look at ourselves is the next step.

But there is another side of acceptance I want to talk about. There is a detrimental aspect of acceptance, and that is when it allows for things like abuse, manipulation, and control to take over the relationship. Being too accepting of all things, especially when they risk harming someone, is where learning to draw the line becomes important. Having boundaries is key, and knowing what one’s boundaries are is a good place to start. Some examples of behaviors that should be at least questioned and looked at include drug and alcohol use and abuse, violence of any kind (this includes physical abuse), sexual abuse towards anyone, including spouse, pets, and children in particular. Yes, there are some things we should not blindly accept. Accepting these often become like shoving things under the rug — a giant pink elephant in the room that everyone knows is there, but no one acknowledges or talks about. This is also sometimes known as denial (a concept that Sigmund Freud suggested was one of our coping mechanisms). Denying that there is a problem may often lead to trying to cover up the problem or fix the problem by accepting our partners behavior. I call this covering-up behavior enabling.

Enabling is simply trying to smooth things over, to keep things in peace and harmony, to keep the relationship together and intact, and while enablers definitely have their personal roots and reasons, enabling may have severe and detrimental costs. In the case of violence, physical abuse, and drug or alcohol abuse, the worst case scenario is death, but along the way there are many other costs. The enabling individual (or, enabler) may have to work harder and harder to make up for the addict or abuser’s behaviors to keep the relationship and family running smoothly. There may be financial hardships. There may be accidents or legal battles, and there may be a lot of physical or emotional suffering. Establishing boundaries for what is acceptable and unacceptable behavior is absolutely key. No, we cannot accept everything, for we risk becoming an enabler. The person who accepts too much must also take a look at him/herself.

Below is a link to some questions from TellingItLikeItIs.Net for you to ask yourself, to help you determine if you might be enabling some sort of otherwise unacceptable behavior. If you answer yes, I strongly suggest making some changes, determining and developing your boundaries and seeking out the help of a mental health professional.