What Not to Say When Your Child Comes Out as Transgender 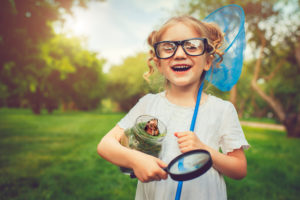 In my practice, I work with many people who are transgender. The ages of those I’ve worked with over the years range from 5 (yes, 5) to 65, and the single most common complaint I have heard from these individuals is that their loved ones have said or done something that leads them to question the validity of their identity.

To illustrate: teenagers I work with will often tell me that when they approached their parents to talk about identifying as trans, nonbinary, gender nonconforming, or any other identity on the spectrum, their parents’ first response was, “Are you sure this isn’t a phase?” While parents may have meant this harmlessly, and only intended to seek information about what was going on with their child, this language is not validating and is likely to leave the child (or adult) feeling unsupported and as if who they are doesn’t matter.

The phrases below are a few examples of what not to say when a child (or anyone you know!) comes out to as trans. I also offer some suggestions to consider that may lead to a more productive conversation and help your child feel validated and supported.

Here are a few things NOT to say in these situations. I also offer, for your consideration, some suggestions that may lead to a more productive conversation.

“Are you sure this isn’t just a phase?”

It’s a good idea to avoid this question because it questions the basic understanding your child or teen has of themselves. When I work with parents, I often suggest we simply meet the child where they are right then, without considering how “sure” or “unsure” they may be of their identity. While a few of the people I have worked with have identified differently on the spectrum throughout their lives, none of them considered any of those identifications as a “phase.” I went through a phase of dying my hair pink and wearing studded bracelets. But I did not go through a phase of identifying as female. I have always been aware of my female identity, just as people who are trans are aware of their own identities.

Gender identity is exactly what it says: identity. It is an intrinsic part of who a person is. Would you question a person’s identity based on race or religion and ask them if it was a “phase”? It may be helpful to view gender identity in the same way. If today your child tells you they are trans, then it’s best to go with that until they tell you otherwise.

“Don’t you think you should date a person of X gender first?”

Gender identity and sexuality are completely different entities. Often, the parents of the people I work with confuse the two. Though they are trying to better understand their child’s disclosure by asking questions like these, they are simultaneously completely misunderstanding what their child is telling them.

Having your child come out to you as transgender or gender nonconforming may be overwhelming, confusing, and emotional, but I implore you to try to see your child’s disclosure as a demonstration of the trust they have in you as a parent.

For example, a transgender man (a person who was assigned female at birth might also identify as FtM (female to male) does not need to have a romantic or sexual relationship with another man in order to know whether he is truly male. Being romantically involved with a man (or person of any gender) does not inform a trans person’s sense of gender identity—in the same way a cisgender woman (person who was assigned female at birth and who identifies as female) would not have to date a man to know she is female, only whether she is sexually attracted to men.

“You are too young.”

To this, I simply say “Wrong.”

I understand a lot of people may struggle with the idea that young children can know their gender identity at such a young age. Sure, preschool and kindergarten years are a relatively gender-fluid time as it is, and gender roles and stereotypes may be more lax—let’s face it, a 5-year-old boy in a princess dress is likely to receive an “aww” because we assume children are just playing and exploring costumes and ideas rather than figuring out who they are.

However, I do strongly believe that children as young as 2 or 3 years of age can be aware of their gender identity. This awareness may present as an aversion to certain clothes or an attraction to a certain type of style that does not align with the gender they were assigned at birth. Rather than assuming your daughter is a tomboy or your son is just curious about your shoes, I encourage you to be open to the idea that your child may be figuring out who they are. Listen to them, hear their concerns or desires, and above all, please remain open-minded. Encourage their style, gender presentation, and expression, whether it turns out to be simple exploration or early expression of gender identity. The sooner our children know we support them regardless of who they are, the healthier and happier they are likely to be in adulthood.

Having your child come out to you as transgender or gender nonconforming may be overwhelming, confusing, and emotional, but I implore you to try to see your child’s disclosure as a demonstration of the trust they have in you as a parent. This act of sharing, which they may have deliberated over for some time, is likely to leave them feeling vulnerable and open. Keep that in mind as you choose your next steps and words, as they can, and likely will, have a lasting impact on your child and may be a touchstone memory for the rest of their lives.

I believe the most essential and key support system for any child is their family, and I encourage you to openly offer as much love and support as you possibly can. If you would like to talk through what you are feeling, or discover ways of opening a conversation or showing your support, I recommend seeking out a compassionate and qualified therapist or counselor who is trained in working with trans individuals and their families.