What Is Dopamine Deficiency? Low Dopamine Symptoms to Watch For 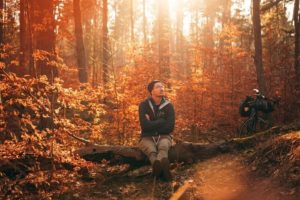 Dopamine plays an important role in numerous functions, including motivation, reward, learning, movement, memory, and more. Dopamine deficiency is linked to numerous ailments, including Parkinson’s, schizophrenia, and addiction. However, dopamine deficiency itself is not a medical diagnosis. Furthermore, there is no evidence that supplements which promise to increase dopamine levels offer any measurable benefit.

Dopamine deficiency is linked to numerous ailments, including Parkinson’s, schizophrenia, and addiction.

Dopamine: How It Works, What It Does

Dopamine, like other neurotransmitters, helps carry nerve signals across a synapse. It sends signals that can support feelings of pleasure and motivation. It also supports learning and working memory, enables coordinated movements, and may play a role in attention and concentration.

Dopamine is manufactured in the midbrain, in two separate regions called the tegmental area and substantia nigra. Damage to these brain regions may affect dopamine production. A person may also experience symptoms of low dopamine when their body does not properly respond to dopamine. Drugs that inhibit the reuptake of dopamine allow the brain to access more dopamine, potentially reversing some forms of dopamine deficiency.

Bupropion, a noradrenaline and dopamine reuptake inhibitor, increases dopamine levels in the brain. It is a popular smoking cessation treatment that doctors also prescribe to treat depression and seasonal affective disorder (SAD).

Dopamine is listed on the World Health Organization’s List of Essential Medicines. It can treat several life-threatening conditions, including dangerously low blood pressure and cardiac arrest, especially in newborns.

Dopamine affects many brain functions and physical symptoms, so signs of low dopamine may vary greatly. Some of them include:

Depending on the brain systems affected, a person’s lifestyle, genetics, and myriad other factors, low dopamine may manifest much differently from person to person. For example, addiction, depression, and dementia are all linked to low dopamine.

Age, health status, brain injuries, and chronic medical conditions can change dopamine levels. So a person who has normal dopamine at one point in their life may still later be affected by dopamine-related health issues.

Low dopamine is not a medical diagnosis, and doctors rarely check dopamine levels. To treat low dopamine, doctors first look at symptoms, then assess a person to determine the right diagnosis. Treatment is based on the specific condition a person has. Even when a person has low dopamine, increasing dopamine levels is not always the right treatment. People with Parkinson’s disease may take a form of dopamine to help with movement disorders, while those with depression may use antidepressants that target serotonin.

Numerous mental and neurological health conditions are linked to dopamine issues. Drugs and alcohol temporarily flood the brain with dopamine. The pleasurable sensations this causes can encourage a person to continue seeking out addictive substances. Over time, however, the person needs more and more of the addictive substance to get the same dopamine rush. When they stop using, their brain may temporarily produce less dopamine, increasing the risk of a relapse.

Other mental health and neurological issues that may appear in people with low dopamine include:

Too much dopamine may also damage the brain. Mental health researchers have long theorized that too much dopamine in the brain may lead to schizophrenia. The research on this point is mixed, and no single cause has been conclusively shown to trigger the condition. Because both too much and too little dopamine can be harmful, however, it is important not to self-medicate or self-diagnose a dopamine-related issue.

Diagnosing dopamine deficiency is difficult. Although a blood test can measure dopamine levels in the blood, it cannot assess how the brain responds to dopamine. Some diseases can cause a person’s body not to manufacture dopamine transporters. So most doctors do not test dopamine levels, and instead diagnose a person based on symptoms.

A person who thinks they may be deficient in dopamine should see a doctor, since the diseases dopamine deficiency causes are treatable. If a person does not have a diagnosable illness, they may wish to try natural dopamine-increasing remedies. There is no conclusive evidence that a supplement, food, or other home remedy can increase dopamine. Some small studies have found a link between vitamin D, omega-3 supplements, or magnesium and dopamine, but more research is necessary to prove this theory.

A number of healthy lifestyle strategies may help safely increase dopamine. They include:

Therapy may help a person manage the symptoms of low dopamine. In therapy, a person can learn to better manage symptoms of an illness such as Parkinson’s, advocate for their needs, and manage challenges such as low motivation and depression. Find a therapist to begin the process of healing.