Weighed Down by Feelings of Guilt and Shame? Here’s How to Overcome Them 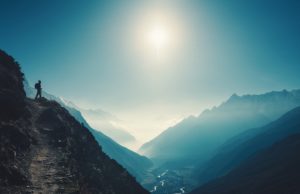 Recently, I had the opportunity to participate in the Overcoming Shame & Guilt Online Conference, hosted by Avaiya and Enlightenment Village. During the 7 day conference, doctors, psychotherapists, thought leaders, and others shared their opinions on navigating experiences of shame and guilt and talked about how these two differing-but-sometimes-related feelings can impact well-being, relationships, and the ability to achieve happiness.

I found it really interesting to contemplate the differences between shame and guilt and to hear various perspectives on how encountering each of these feelings impact our lives. While there were some slightly differing views on whether there are any benefits to shame and guilt and whether you can ever completely get rid of them, the consensus seemed to be that these emotions can be quite destructive, yet also come with some benefits, especially in terms of guiding a person’s moral code and helping us grow.

“Guilt says I did wrong. Shame says I am wrong.”

I see guilt as an emotion you experience when you feel badly about a specific thing or event—something you did or didn’t do. Shame, on the other hand, is an overarching feeling that you are inadequate or that you are somehow bad or wrong as a person on the whole. It’s always there, whether you do right or wrong. It’s about feeling fundamentally flawed or worthless as a person. Lisa Burgess summed it up nicely in her interview, saying, “Guilt says I did wrong. Shame says I am wrong.”

How Shame Can Impact Behavior and Mental Health

I do a lot of work in terms of helping individuals improve self-esteem and have seen how shame really plays a role in the lives of people who feel worthless or inadequate. Shame keeps people trapped, preventing them from being okay with who they are or believing they are good enough. Shame can wreak havoc on a person’s self-esteem and ability to navigate the world and relationships in a successful way.

It can be quite difficult to have healthy, authentic relationships when one or both parties experience a great deal of shame. People with shame tend to hide behind a facade, not wanting the world to know how badly they feel about themselves. Bullies, for example, are individuals who often put others down with the flawed belief that doing so will help them feel better, conquering their shame by putting it on someone else. Similarly, narcissism is a defense mechanism for hiding deep-seated feelings of shame and inadequacy. These ineffective, often subconscious attempts to prove the shame away don’t work. Rather, they create dysfunction and unhealthy patterns that only complicate the situation and interfere with one’s ability to have healthy, truly connected relationships.

How Are Shame and Guilt Connected?

People with shame tend to experience a lot of guilt, often stemming from a cycle of these dysfunctional patterns and a downward spiral of behaviors that ultimately make things feel worse. Guilt, on the other hand, is not always synonymous with shame. People with low levels of shame and a healthy level of self-esteem undoubtedly will experience situations and encounters that lead to feelings of guilt; however, they tend to navigate these experiences well and address guilt in effective ways that propel them forward rather than keeping them trapped in a place of self-hatred.

Guilt, when it’s rightfully experienced, can help guide a person’s morals and help people grow and learn from mistakes. For example, if you cheat on a test and feel guilty, you may learn that’s not a way you want to be and decide to make different choices in the future. If you say something to hurt someone’s feelings, you may go on to apologize, deepening the connection in the relationship. But when guilt is unwarranted, irrational, blown out of proportion, or coupled with feelings of shame, it can lead to feelings of more shame and may be an indication of mental health or identity issues that need to be addressed.

I specialize in working with new moms experiencing perinatal mood and anxiety disorders. This population represents one example of how excessive guilt can be a symptom of a larger issue rather than just a feeling that comes during isolated incidents and can be resolved through growth and understanding. Statistics show 1 in 5 to 7 new moms will experience a mental health issue such as depression, anxiety, obsessive-compulsive disorder (OCD), or posttraumatic stress (PTSD) during or following pregnancy, and excessive guilt can play a huge role in the struggles shared by this population.

In general, most moms face some layer of “mom guilt” at some point during parenting, but those struggling with untreated perinatal mood and anxiety issues tend to be ridden with overwhelming and irrational guilt—guilt regarding beliefs that they aren’t a good enough mom, that they are doing things wrong, that they are not effectively bonding with their new baby, or guilt because they may have obsessive or unsettling thoughts regarding their baby’s well-being. This type of unchecked, mounting guilt becomes unhealthy and needs to be acknowledged and treated.

Often, conquering shame and guilt involves learning to pay attention to your own internal dialogue and the potentially irrational beliefs and destructive messages that create feelings of inadequacy.

How Can We Overcome Guilt and Shame?

I do think it’s possible to overcome shame and guilt; however, it often takes some work and a willingness to seek help. In cases of perinatal mood and anxiety disorders, where guilt is a symptom of a larger issue, medication and/or therapy may be vital and can lead to relatively quick improvements that prevent a potential downward spiral into shame.

Tackling other instances of excessive guilt or destructive shame may take more time and involves exploration and processing of events that created the shame, but working to rid yourself of this crippling feeling is well worth the time and investment involved in therapy and self-discovery. Conquering shame requires an openness to becoming more self-aware and a willingness to make changes. The tools I teach in my building self-esteem workshops and in therapy with the individuals I see in my private practice help people focus inward and gain insight regarding where shame and guilt begin to develop.

Often, conquering shame and guilt involves learning to pay attention to your own internal dialogue and the potentially irrational beliefs and destructive messages that create feelings of inadequacy. People in general, and especially those who have a lot of shame, tend to have a negativity bias, especially when it comes to the thoughts they have about who they are and how they fit into the world. Negative and self-depreciating thoughts, whether conscious or subconscious, can breed feelings of shame.

When we begin to monitor our own thinking and make connections to the experiences or specific messages we hear, assume, or internalize throughout life, we can more clearly recognize where shame stems from, then can ultimately work to challenge, reframe, or shift these messages to allow for a future where we can move beyond shame.

Part of this process involves learning to accept ourselves as we are and recognizing that nobody is perfect. We are going to make mistakes, have flaws, have skeletons in our closets, and have encounters with others who treat us poorly. Despite any of these things, we all are worthy and capable of creating a better future.

The decision to let go of shame versus stay stuck in a place of shame is ultimately a choice. It’s not easy; it takes a lot of strength, courage, and determination to face the ugly shame monster, but doing so will grant us the opportunity to move forward with a happier and more fulfilling future as the veil of shame is lifted.

If you’re struggling with deep-seated guilt or shame, there is hope. Find a therapist in your area who can help you develop healthy thought processes to deal with shame.