To B or Not to B: Vitamin B12 and Folic Acid in Mental and Physical Health 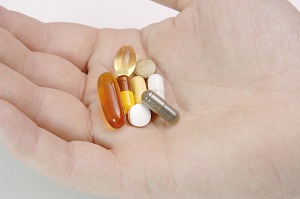 Everyone seems to be talking about the Bs lately. Specifically, B12 and folic acid (or folate) are making headlines for their roles in mental health and illness. Both of these vitamins play an essential role in a number of key bodily processes.

Symptoms of a Deficiency

A deficiency in B12 or folate may take months or years to become evident, and may lead to symptoms such as fatigue, muscle weakness, diarrhea, difficulty concentrating, forgetfulness, sleeplessness, irritability, and mood swings. In more severe cases, deficiency can result in seizures, dementia, or parathesia (burning, prickling, tingling, numbness, or a crawling sensation in the extremities or elsewhere in the body).

Low levels of B12 and folate are associated with having higher levels of homocysteine, an amino acid found in the blood; when levels are too high, the risk of cardiovascular disease and cognitive problems increase. What is particularly interesting about this relationship is that over the past several years, more research has emerged showing a link between depression, and to lesser extents, anxiety, hostility, and increased likelihood of cardiovascular problems. Additionally, people who have heart disease have higher rates of depression than what is seen in the general population. It is unclear if the sole or definitive link between heart disease and B-vitamins is homocysteine levels, but the relationship is intriguing.

Who is at Risk?

Risk factors for B12 or folate deficiencies include following a vegan diet ( B12 is only found in animal products), being elderly, having an inflammatory bowel disease, being malnourished, having liver problems, being pregnant, using proton pump inhibitors regularly (medications that reduce stomach acid), and alcoholism. In addition, certain medications may interfere with the absorption of B12 or folate.

Recent research has investigated whether supplementation with B12 or folate could yield observable improvements in cognitive functioning or mood. A 2012 study examined the effects of supplementation on cognitive functioning in 700 elderly adults who had symptoms of depression but did not meet full criteria for a depressive disorder. Improvements in some aspects of memory (immediate and delayed recall) were significant, if not modest, but were only seen after two years of daily use. Supplementation did result in significantly higher blood levels of B12 and folate, and significantly lower increases in levels of homocysteine over time, as compared to taking a placebo.

Other research has found that approximately one third of depressed patients have low levels of folate and elevated levels of homocysteine. Treatment with antidepressants may be less effective in those with low levels of B12. Adequate levels of folate and B12 are also important for those taking the supplement SAM-e (S-adenosyl-methionine). SAM-e is a popular over-the-counter supplement typically used to treat depressive symptoms or pain due to osteoarthritis or fibromyalgia. SAM-e is sometimes used in conjunction with conventional antidepressants to boost their effectiveness in those who don’t respond sufficiently to antidepressants alone.

Finally, a 2010 paper discussed two case reports in which depressed patients had failed to respond to three different trials of antidepressant therapies. In each case, the patient was a male vegetarian with low levels of B12. One of the men had sleep difficulties that progressed to complete insomnia, as well as cognitive symptoms (slowness in thinking, difficulty performing calculations, and forgetting names of objects and people). The other experienced problems with attention-concentration, learning new information, and immediate and visual recall of information. In both cases, supplementation resulted in an improved response to medication and reduction in depressive, sleep, and other cognitive symptoms.

Although recent headlines and some of the study findings suggest a link, it is important to note that more research needs to be done to definitively state whether B-vitamin supplementation can reduce, prevent, or reverse cognitive or mood problems in healthy or ill people.