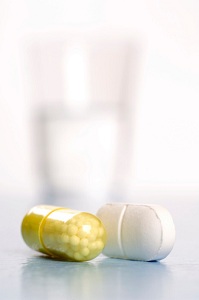 The placebo effect occurs when a person reports an improvement in symptoms after taking a medication that contains no ingredients that should cause symptom improvement. The effect requires that a person believes that the medication will work. For example, a person with depression who is given a sugar pill and is told that the medication is an antidepressant may report an improvement in their depression. A related effect, the nocebo effect, occurs when a person believes a substance will harm them and then reports negative symptoms.

The placebo effect is directly related to a person’s expectations. The more strongly a person believes in a medication’s efficacy, the more significant the effect of the medication is likely to be. Brain imaging tests indicate that the use of a placebo may activate portions of the brain related to information processing. Thus, people who take placebos may view their symptoms differently or may become more motivated to feel better.