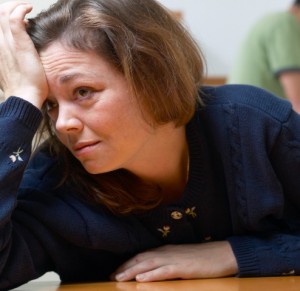 The topic of domestic violence entered the media spotlight well ahead of Domestic Violence Awareness Month this year. October has been dubbed domestic violence awareness month since 1987, and each October, we see a flurry of media content dedicated to raising awareness about the alarming numbers of people who are affected by violence in the home. This year, widespread media coverage of a professional football star’s appalling abuse of his then fiancée, made more horrific through video footage, rallied forces to stand up and speak out against domestic violence several weeks ahead of October.

But domestic abuse, or intimate partner violence, is not limited to sports stars or to any particular month. Domestic violence occurs in millions of households every day, and a huge number of these incidents go unreported. Violence in the home affects everyone within the household, whether or not family members are victims of abuse themselves, and it extends well beyond the confines of the home, affecting neighbors, family, friends, coworkers, and the community at large.

The sources of domestic violence are many, and both the abuser’s and the victim’s backgrounds play a part. Over the years, GoodTherapy.org has published a number of articles addressing the complexity of intimate partner violence. This October, we’re highlighting our top five picks that help illuminate statistics, dispel myths, and illustrate the nature of violent relationships.

Why Do Abuse Victims Stay with Their Abusers?

Our GoodTherapy.org correspondent, Zawn Villines, addresses the recent media coverage of the physical abuse Baltimore Ravens’ Ray Rice inflicted on his partner, Janay, and the popular response, or bafflement, as to why Janay chose to stay with her abuser. Villines outlines some of the reasons an abuse victim might choose to remain in an abusive relationship.

The Psychological Wounds of Domestic Violence

This comprehensive article takes a look at intimate partner violence in the United States today, examining the characteristics and complications associated with violent relationships. Statistics and data on prevalence, psychological outcomes, and resources are provided as well.

A therapist provides a case example to highlight the ways that people in violent relationships can’t see or refuse to see the signs of abuse. Particularly in the absence of physical abuse, it may be difficult to identify controlling behaviors, put-downs, and emotional manipulation as ongoing abuse.

The psychological ramifications for children who witness domestic violence in the home can be damaging and lasting. They may experience social or academic problems, anxiety, depression, behavioral issues, or somatic symptoms, such as stomachaches. Later in life, children who witness abuse may end up as abusers or victims themselves.

Therapist and LGBT issues Topic Expert Susan Leviton dispels the myth that domestic abuse is solely a heterosexual issue, and she addresses some of the misconceptions surrounding domestic violence in same-sex couples, such as the notion that violence between LGBT partners is always mutual. She also points out that internalized homophobia may account for some couples’ experiences and acceptance of abuse.

GoodTherapy.org also offers readers an opportunity to share their experiences with issues like intimate partner violence and the therapeutic interventions that helped them along the way through the Share Your Story section of the Good Therapy Blog. Several readers have shared their experiences with domestic abuse, including one woman who found she was brought back to life with therapy: ‘I Don’t Need Therapy:’ Why I Was Wrong.