How I Learned I Was in an Abusive Relationship 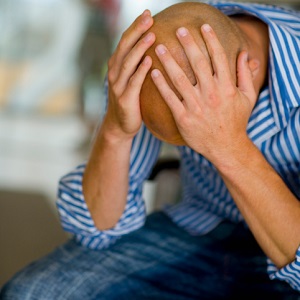 I started my relationship with a very intelligent registered nurse in 1984. I was a clerk going to college part time and work full time to be able to afford college. She seemed very caring, if a bit too emotional.

We lived together and were married for 22 years. We had great times together. We had two children and finally purchased two houses. She was a lovely, helpful person, a great cook, and a good shopper.

She also had a dark side that I ignored. I thought that she was just in a bad mood—maybe tired and maybe stressed. Nursing is no easy profession, and I always admired her for her work.

Her mother died when she was 15 years old. This must have been devastating for her, and she reminded me about it constantly.

As the years went by I noticed the following:

I had no idea what I was up against. I was raised in the 1960s as a gentleman. I am not violent. Abusing a woman is taboo.

The physical assaults stopped when our holistic couples therapist found out from me inadvertently that I was physically assaulted. I then was warned by the local police, our couples therapist, my sister (who is a therapist), and my divorce attorney about her behavior. They were all worried about my physical safety.

I moved out in 2010, and it was difficult. Because I moved and divorced her, her only way of getting back at me was the verbally abusive use of withholding. She told her family and our children not to have any contact with me, which I believe she did to validate her odd behavior.

I have not seen or heard from my children, who live 20 minutes away, for three years. I never abused them or anyone else.

While going through the divorce I became hospitalized due to lack of appetite. When I am depressed, I will not eat. I became hospitalized, and a doctor asked me how I was doing. Being the big tough guy I am, I said that I was just fine. He told me I was not fine and was not looking so good.

He sent me home with a medication that is used to treat people in physical pain. He said that this would help me.

After getting home to my lonely one-bedroom apartment, I called my primary care practitioner and asked for a psychiatric consultation. I saw three physiologists, one social worker, and a counselor.

All of them said that I needed to go to trauma therapy.

I had no idea the effect that 20-plus years of verbal abuse had on me. After therapy and medications, I am slowly getting my life back in order. I just did not realize what I had been going through.

If you even suspect or imagine that you are going through this, get help and do not be embarrassed about it.

It is real and does exist.