Study Explores How People With Addictions Get Sober 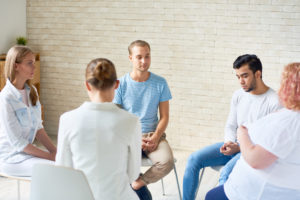 About 46% of people who once had an issue with drug or alcohol use achieved sobriety without formal treatment or assistance, according to a study published in Drug and Alcohol Dependence. The study found that addiction issues are common, with 9.1% of participants in a nationally representative survey reporting they had recovered from an addiction.

The study undermines some popular beliefs about addiction, particularly that all individuals recovering from addiction must see themselves as “in recovery” or seek inpatient treatment.

Many Pathways to Sobriety

The study began with a nationally representative survey of 39,809 people. Researchers followed up with 2,047 participants who answered in the affirmative to, “Did you once have a problem with alcohol or drugs but no longer do?” Some participants responded to follow-up questions incompletely or in ways that suggested they had not actually had an addiction. This left 2,002 responses to analyze.

Slightly more than half (53.9%) of people who recovered from an addiction said they sought help to become sober. The most popular path to sobriety was through self-help groups like Alcoholics Anonymous. Around half (45.1%) of people in recovery used these programs to get sober. Medical treatment was another popular option, with 27.6% using some form of treatment in either inpatient or outpatient settings.

Recovery support services, such as faith-based programs and sober housing, helped another 21.8% of respondents become sober. About 37% used multiple forms of assistance to get sober.

The remaining 46% of respondents did not use traditional treatment or support to get sober. Just 46% of people who were once addicted to drugs or alcohol reported viewing themselves as “in recovery.” Many addiction treatment programs encourage people with substance abuse issues to see themselves as in recovery for a lifetime.

Authors of the study argue that this suggests there are many ways to achieve sobriety. Treatment providers might need to reconsider the way they talk about addiction and the way they encourage people in recovery to view themselves.

Who Seeks Treatment for Addiction?

People with opioid addiction were more likely to seek help, while those with an addiction to cannabis were less likely to pursue assistance.