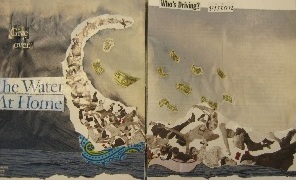 If you read last month’s blog, Creativity vs Shadow, you will remember a brief mention of Deepak and Gotham Chopra’s book, The Seven Spiritual Laws of Superheroes. In the book Chopra identified shadow as a “force of the unconscious that can be destructive, divisive and/or self-sabotaging if it remains unconscious”. Shadow is difficult to recognize because left to it’s own devices it remains unconscious. Shadow is a zapping energy that lurks in the area of emotional suffering caused to oneself or to another. The concept can be broadly applied to families, groups, religions, governments, countries, etc. if we consider them bodies of energy.

It is often easy to recognize someone else’s shadow energy because it is not unconscious to us. It is recognizable it in the behavior of someone who is ‘acting out’ or conversely, someone who appears emotionless. Pointing out someone’s shadow is often met with resistance because shadow is tenacious. It develops as a coping mechanism over time. It pulls vital energy to it to enforce its stronghold.

Shadow is often the very issue that brings someone into therapy, although they may not recognize that aspect of themselves when they begin therapy. They come to therapy because they are suffering in some way and are looking for relief. Often therapy provides relief by helping people to understand their part in their own suffering and to develop new strategies to cope with their emotions.

Art therapy is a powerful tool for helping to get in touch with shadow. Art therapy brings images out from the unconscious to the surface where they can be experienced and felt through the senses and processed verbally. Creative arts therapies can include painting, drawing, collage, movement, sound, video, performance art, writing, dreams, digital media: such as dating profiles, pornography choices, avatars, gaming environments, etc.

Therapists often try to help clients to transform their emotional suffering (shadow) into well-being (freedom) through awareness and change of behaviors that do not ultimately serve their goals. Many of the blogs here on Good Therapy.org provide examples of shadow work. For example: Darren Haber, MFT, Addictions & Compulsions Topic Expert Contributor wrote about The Abused Husband a topic that is gravely under-reported. In Haber’s scenario, the most obvious example of shadow resides with the abuser. The abuser often does not know how s/he gets caught in the cycle of abuse that often escalates and can become very dangerous. The abused person on the other hand, not only suffers the abusers wrath but s/he is not able to understand how to stop the cycle of abuse by recognizing their complicity in it. I realize that my statement may jar strong reaction. Abuse is a dynamic between people. Darren Haber’s blog also contains a subtle example of shadow in the Abused Husband scenario. It resides with the onlooker who “even pumped her fist happily as she watched the woman slapping her partner.” Shadow is present in any violent act, or superficial judgment against another. In this example the onlooker’s shadow was triggered. It is particularly difficult to unravel a dynamic of abuse when it involves people whose lives are closely bonded.

Shadow is the part of the self that most humans get glimpses of but ignore or deny in favor of a self-perception that is ‘inflated’ or in some cases ‘deflated’ by ego. Neither ego inflation nor ego deflation can be sustained without some form of destructive result. For example: Jim Hutt, Ph.D., Family Problems Topic Expert Contributor too Good Therapy.org recently wrote in his blog, Resentful Compliance vs Commitment about a relationship where one person is “resentfully compliant” by doing what their partner wants, while they are “resentful about doing it”. Resentment falls to shadow. The resentful person may say to themselves, “oh, it doesn’t matter that my partner is getting their way again, it’s no big deal”, (ego deflation) when in actuality, resentment grows into a big deal because their true feelings are denied. The result can often be passive-aggressive behavior. The other partner may think that there is nothing wrong with being persistent and that getting their way is a sign of strength (ego inflation). Oftentimes that ego inflation comes out of a profound fear and vulnerability. Most of the time, without realizing how they are complicit in the toxic environment of the relationship both parties continue to project their emotions out onto the other.

In therapy, the therapist encounters shadow in the painful experiences that their clients share. The therapist and client build a safe relationship where shadow can be explored. Shadow is very difficult work because of resistance. The outcome of examining oneself and facing what has happened in one’s life, however, gives a person freedom to create change and use the wealth of energy that was tied up in shadow.