Bodies and Identity: Body Image and Understanding Ourselves 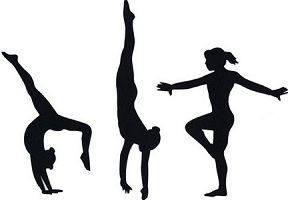 What did you first think of when you saw that an article titled “Bodies and Identity” was posted on a mental health care blog? Likely, words such as “anorexia,” “bulimia,” and “compulsive eating” ran through your head. An article about bodies and body image is often assumed to be about negative body image. We’re so used to talking about bodies as problems that need to be overcome, addressed, or “worked on” that a direct relationship between bodies and negative body image is almost a reflex. But what does “body image” really mean? In what way does how we see our bodies impact how we see ourselves? And how does our identity impact how we see our bodies?

Watching a baby interact with his or her body is a great way to remember all of the different ways people can relate to their bodies. With rapt attention, a baby will stare at a hand, looking at how it moves, sucking on it to see what it feels like. Babies spend a lot of time figuring out where their bodies end and where their parents’ bodies begin. It strikes me that in our cultural obsession with our bodies in relationship to others and the media as adults, we’re still trying to determine where the boundary between ourselves and others lies.

In her book, Bodies, psychotherapist Susie Orbach (2009) remarks on how the relationship between body and self in Western culture has changed over time. Before industrialization, our bodies were used to make things. Working class bodies allowed farmers to plant, tend, and harvest their crops; craftsmen used their bodies to manipulate wood, metal, stone, and fabric to create the objects needed to survive. The body image that is upheld as ideal today—thin, tan and muscular—was the result of the daily physical labor of the working class and the poor. Today this visual aesthetic plasters the covers of magazines, television, and the internet, but it carries a different meaning. A body that is lean, tan, and muscular shows that a person has the resources, time, and privilege to work on their body. Bodies are no longer used to make things; instead we are encouraged to make our bodies, as “Our bodies are and have become a form of work. The body is turning from being the means of production to the production itself” (Orbach, 2009 p. 8).

These days our bodies often act as a vehicle to share things about our identities with other people. The color of our skin, the shape of our features, our hair and eye color, the way we dress, how we carry ourselves, and even the jewelry we wear often act as a way to tell others about our race, ethnicity, cultural background, age, socioeconomic status, gender, sexual orientation, relationship status, and our personal values. Some of these aspects we have control over, and others we don’t. Because it’s so entrenched in our lives we often forget that the visual body that we share with others is carefully crafted through the choices we make.

This brief discussion of the connections between identities and bodies only begins to touch on some of the deeper issues that people experience while navigating this intersection. For example, the way that women’s bodies have been sexualized or desexualized depending on race, class, and culture marks women as objects and impacts how women see themselves and the world around them. This objectification is perpetuated by sexism, and continues to control the lives of both men and women by creating unrealistic expectations and a hierarchical power dynamic kept in check by popular media.

More and more objectification is also beginning to be applied to men’s bodies. The meaning of “body image” is shifted from a personal understanding and relationship with our bodies, to a terrible dilemma filled with shame and guilt. But what if our relationship with our bodies focused on being in them instead of how we look in them? What if we were able to be more aware of how our bodies felt and less aware of how others perceived them?

Our bodies shape our identity, and our identity is intricately linked with the body that we were born into. Exploring these connections can open up new areas of understanding and integration as we struggle to navigate intersecting identities in a polarized world.