Sex Addiction is a Relational Disorder 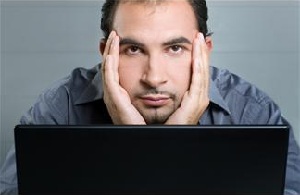 I’m struck by the fact that people with addiction issues, when confronted with the destructive effects of their behaviors, often find it harder to stop. This is especially true, in my clinical experience, when it comes to compulsive sexual behavior, aka sex addiction. Why is that?

Therapy clients who struggle with drinking or substance abuse tend on the whole to accept – eventually, and with my ongoing support – that they do have a problem with drinking or using, and that these behaviors are an obstacle to happier living. Once “the cat is out of the bag”, they usually attempt to reduce or quit using, over time, or else quit therapy altogether.

Those struggling with compulsive sexual behaviors, however, may remain ambivalent for years, while remaining in therapy –  aware of their dependence on these behaviors and the destructive effects of same, while wrestling with whether or not they want to stop. It’s a matter of two steps forward, two steps back, over and over again, with no change in sight.

I know there is a lot of controversy in the mental health field about whether sexual compulsivity is truly an “addiction.” It is not my intent here to address that complex question. Suffice it to say that the suffering of those who can’t stop, in the face of heartbreaking damage and loss, is staggering to behold. If one of the key criteria for an addiction is an inability to stop in spite of negative consequences, then compulsive sexual behavior more than qualifies as an addiction.

So, if one assumes we are in fact dealing with two actual addictions, we are still left with the aforementioned disparity between drug/alcohol vs. sexual sobriety. Is it because one can live without drugs or alcohol, but cannot “remove” sexuality from one’s being? We are, organically speaking, sexual creatures, and the goal of treating sexual addiction is not to remove one’s sexuality but to create healthier, more intimate and less self-destructive behaviors.

I suspect that, because we are dealing with sex after all, the issue goes even deeper. Sexual desires and fantasies often emanate from the very core and are difficult to interpret. Heterosexual men with compulsive sexual issues, for instance, may desire sex with other men while staying married to a woman; some pursue sex with transvestite prostitutes, in ways that put themselves at legal and medical risk. I know of high-functioning women who are compelled to conduct serial affairs, virtual or real, with men whose only apparent goal is to sexually “use” them in sadistic or degrading ways. These are people who have little to gain, it would seem, and everything to lose.

Another complication is that sexuality is a relational activity. It always implies another person, either real or fantasized. One can use heroin or drink alone, as many do. But it always “takes two to tango”, even if one of those people is a fantasy or “virtual” person. Even when one uses online pornography, for instance, another person is “present”, at least onscreen.

Close readings of sexual fantasies and compulsive behaviors can be revealing of one’s buried self-concepts and unexpressed needs; an S&M fantasy may represent a way of coping with an overbearing or shame-inducing caregiver, by sexualizing the pain and staying in control of the fantasy/scenario (even if one is the “M”). Those struggling with scenarios of dominance over others may be trying to compensate for intolerably low self-worth, an attempt to control chaotic emotions leftover from a traumatic upbringing.

It’s almost as if these fantasies provide a window into the psyche, revealing unmet needs.   Like the need to feel in control, to express repressed desires, to sexualize (i.e. numb or self-medicate) hurtful or shameful feelings or other emotions that are unconscious or too difficult to articulate.

These are feelings and needs that cannot be expressed in their actual relationships – usually because they are perceived as “disgusting” or “too much” for their partner.  Of course, their partner very often has her own “stuff” and tends to be closed off, angry, controlling, etc.  It’s an extremely painful dynamic that I see with many of my male clients – straight and gay – who struggle with sexual compulsivity.

Why would a man, or anyone really, seek an “emotionally unavailable” partner? Because we tend to gravitate toward the familiar, even if what is familiar is dissatisfying or even abusive.

Very often the person chooses an emotionally closed off, or overly aggressive (or withdrawn) partner because, in reality, the alternative is too scary. It may sound strange, but what’s even scarier than not finding love – especially in cases of a traumatized upbringing, which includes just about everyone I work with – is actually finding it! Why is that? Because love can be lost or taken away, leaving the person abandoned and traumatized (again) – even more painful than being mistreated or ignored. In the latter case, at least you know someone is there.

Thus the person suffering from core interpersonal trauma – the result of a faulty caregiver, another human being – who ends up sexualizing their needs via the behaviors described above, hovers between a desperate yearning for and deep aversion to intimate connection. The sort of “mini-relationship” described above is often a substitute. It satisfies…for a while. One connects, finds relief via sex and affection (what’s actually virtual feels real at the moment) – then detaches before becoming too invested or emotionally “at risk” for abandonment.

That emotional risk, believe it or not, is usually more frightening than the prospect of the legal or health risks that accompany these behaviors. Abuse and emotional distance is familiar, even if painful, while the possibility of genuine love is new and terrifying.

Thus the compulsive behaviors are a temporary solution to the very real and shameful problem of a confusing inability to connect with others.  I say “shameful” because very often the feeling is something like, “I’m an idiot because I don’t know how to stop.  Why do I do such disgusting things.  What a piece of garbage I truly am.”  (Even if the person is outwardly successful, wealthy, etc.  As they say in recovery, it’s always an inside job.)

One of my clients once said in my office, with a smile on his face, “I have no love in my life.  I’d only ruin it if I did”.  This was a successful, married attorney with a compulsion to see prostitutes.

It took me a few moments to realize the smile was an awkward attempt to conceal shame, not any sort of bemusement. That smile was one of the saddest things I’ve ever seen.

What I want to stress here is the pain that needs soothing is, in part, not the result of an unrequited hunger for love, nor a fear of finding it, but rather an impossible non-reconciliation between the two.

Here are two opposing, powerful forces at work, with radically different agendas – one to connect, the other to protect.  Without help, this internal conflict results in unmanageable emotional turmoil and frustration. The cycle never ends, until the person says “enough,” and seeks help.

I’ll talk next time about how therapy can, when effective, provide a slow but steady path towards healthier intimacy and a chance to escape the suffocating shame and loneliness that so many of my clients describe as a slow-moving poison — leading them to behaviors they so desperately want to stop, but can’t.

© Copyright 2011 by By Darren Haber, PsyD, MFT. All Rights Reserved. Permission to publish granted to GoodTherapy.org.