Should You Date Someone with a String of Exes? 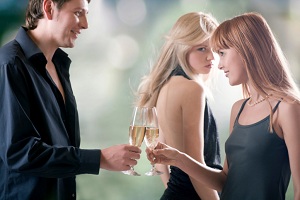 Unless you are relatively young, it is highly unlikely that you will never date someone with an ex-spouse or ex-live-in-lover. The reality is that a large percentage of people have some history of broken relationships, whether they were long-term commitments or actual marriages. Regardless, should you be concerned about the number of exes a new love interest has? That was the question posed to several relationship experts in a recent article. Holly Parker, a psychology professor at Harvard teaches a class entitled “The Psychology of Close Relationships,” and she believes that when people date casually, the number of notches on someone’s relationship belt should not be a significant issue. However, if the dating progresses to something more serious, perhaps those notches should be examined a little more closely.

She advises looking at the level of responsibility that the person took for the unsuccessful relationships. For instance, did they acknowledge that they played a part in the demise and if so, what did they do about it? Also, she believes that multiple failed relationships may indicate difficulty to commit, emotional problems, or other unresolved issues. These are all things that should be carefully weighed before someone decides to pursue a deeper level of commitment. Some of the red flags Parker advises people to watch for are emotional distance and/or narcissistic behavior. If they are focused more on their own needs than yours, it could be an indication that they will not be attentive to you, emotionally or physically. Parker also says to watch out for people who continually put the blame for previous relationships on their exes.

But don’t rule everyone out based on the number of exes in their past. New York psychiatrist Gail Saltz says, “There is no one-size-fits-all answer, because people get married and divorced for many different reasons.” Saltz thinks that it is unwise to generalize people by the number of relationships they had before they met you. But she does think it’s important to find out how those relationships ended, what changes the person may have made, and most importantly, how the person gets along with their exes now. Immaturity, infidelity, addiction, and abuse are just some of the weeds that can kill a growing relationship. Saltz believes it is better to find out what personality traits your new love may have or may have been subjected to before you venture down an unfamiliar road with an unfamiliar person.