Recognizing and Addressing Anger Before It Becomes Rage 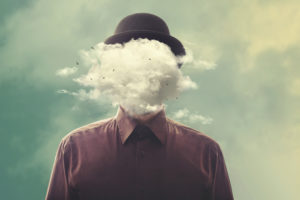 In my years as a therapist, I’ve worked with many people who have varying anger issues. I’ve seen the devastating results that unchecked anger can have on people’s lives. Anger that turns into a tornado of rage, seemingly in seconds, can manifest as physical and emotional abuse, road rage, murder, or suicide.

Anger can be healthy if it is processed in the moment with productive language meant to resolve conflict rather than to inflame it. When anger only addresses the current circumstances and can be released fairly quickly after being expressed, it can provide the energy to move forward from emotional injury.

The Continuum of Anger

The continuum of anger moves from slight irritation to frustration, mild anger to anger, and extreme anger to rage. Some people can recognize, when in the earlier stages of this continuum, that they are becoming increasingly agitated. Once they notice this, they may be able to slow their anger down enough to address the fueling factors in a different way.

But recognizing unhealthy anger before it leads to a destructive explosion can be a complex task, for many reasons. Anger tends to look like raw emotion on the surface. But closer examination reveals it to be a response, or set of responses, to a cluster of other emotions. These other emotions might include sadness, fear, or despair. For many, these emotions result from a collection of hurtful situations in their past—betrayals, abuse, rejections, and so on—that may have been buried and unresolved.

It is from within these tangled layers of unresolved emotions that rage is born. Rage is unleashed anger with no filter or control. It can often rob a person’s mind of logic and reason in the moment. As a result, it can temporarily disable the concepts such as ethics and social boundaries that might otherwise exist for that person.

Anger tends to look like raw emotion on the surface. But closer examination reveals it to be a response, or set of responses, to a cluster of other emotions. These other emotions might include sadness, fear, or despair.

Unmanaged, chaotic rage often circles around a painful life experience—an event from the past or events, large or small, sequenced throughout a lifetime. This pain continues to manifest more of the same destruction for self and others through its mere existence. Over time, repeated rages and traumas all bleed in together to create an emotional time bomb. This is often more than anyone can bear.

If you struggle with anger, these therapeutic steps can help you reclaim and manage anger in healthy way.

Beginning to unlock the feelings inside rage is one of the most effective ways of “de-clustering” it. This is also probably the scariest and most difficult step, at least initially. These feelings have often been under lock and key for so long that they seem invisible, even suppressed. But they never quite go away.

By pulling feelings that have been caged in fear out of the darkness and giving them a voice that isn’t angry, you are honoring them. This is a very sensitive process. It is usually best accomplished with help from a therapist who can gently honor those feelings with you.

2. Express feelings in words rather than in action.

As emotions begin to emerge, they become more distinct from one another. For example, you may be better able to distinguish disappointment from outrage. It’s important to learn how to express those feelings more precisely without violence. Words spoken without a “feeling vocabulary,” or words that accurately name the feelings, can be received as an assault. Verbal assault can be as deeply wounding as physical abuse and may become self-wounding as well.

The healing process takes time. In order to de-escalate anger in the moment, some meditative or mindfulness tools can be useful. I often offer a few simple exercises that, with practice, can slow matters down to a more manageable pace:

Neither of these tools are permanent fixes. But they can increase your ability to control your actions in the moment.

As you master identifying and naming your feelings and using tools to better manage them, the healing process needs to continue internally. As you heal, you will become better able to address the wounds behind the anger and rage.

Vulnerability is scary at first. But it is, paradoxically, the door that leads to the greatest opportunity for sustained healing. The more authentically open you can allow yourself to be with yourself and others, the greater the chances trust can build, inside and outside.

5. Forgive and respect yourself and others.

This is the ultimate goal. It’s also an ongoing skill to master. To truly and fully learn how to forgive yourself for pain you’ve caused others, and to forgive others for the pain they’ve caused you, is something you’ll be challenged to do for the rest of your life. But once you’ve gained this ability, the rewards are endless. Likewise, learning to actively respect who you are beyond the pain you’ve endured, and to respect those you dare to love, is the best reward of all.

The solutions for episodes of anger turned to rage are not easy fixes. But through sustained work, solutions can often be found. This work may be difficult, but it is possible. A compassionate, qualified counselor can offer guidance and support as you begin.