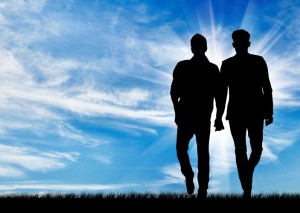 According to recent statistics, approximately 2% of the population identifies as gay or lesbian. The actual number of individuals who experience same-sex attraction may be higher, since some people, for a variety of reasons, may choose not to disclose the fact of their attraction to other individuals of the same gender. Some people may also choose not to act on their attraction. Social, religious, and political influences can have a significant impact on whether people outwardly express their sexual orientation. While some individuals and groups believe that a person can choose whether or not to experience same-sex attraction and refer to sexual orientation as a “preference” or “lifestyle choice,” this belief is now widely known to be false.

Society in general has grown more accepting of homosexuality. Same-sex marriage is legal in a number of countries and has been legal in the entirety of the United States since June of 2015. Many states have enacted laws protecting same-sex couples against discrimination. Thus, stigma, judgment, and prejudice may be less prevalent than in the past.

Until 1973, homosexuality was classified in the Diagnostic and Statistical Manual (DSM) as a mental health disorder. The seventh printing of the DSM-II, however, removed this classification, due to growing empirical evidence supporting homosexuality as a healthy aspect of human sexuality.

The 1980 edition, DSM-III, instead listed ego-dystonic homosexuality as a condition. This was intended to provide a diagnosis for individuals who experienced distress related to arousal as a result of same-sex attraction. However, this inclusion continued to promote the view of homosexuality as pathological and, by 1986, homosexuality had been completely removed from the manual.

Though personal beliefs about homosexuality may differ, research has shown same-sex attraction to be a natural expression of human sexuality, not a mental health condition, and this is reflected in current standards of professional health care.

The Fallacy of Conversion Therapy

Conversion therapy claims to be able to help people who are not heterosexual change their sexual orientation and “become” heterosexual. Proponents of this therapy believe same-sex attraction to be a deviant behavior for which treatment is necessary, despite overwhelming evidence to the contrary. This controversial type of therapy, also called reparative therapy or sexual orientation change efforts, is not based in science and is largely recognized to be ineffective.

In 2009, the APA issued a Resolution on Appropriate Affirmative Responses to Sexual Orientation Distress and Change Efforts, stating, “The longstanding consensus of the behavioral and social sciences and the health and mental health professions is that homosexuality per se is a normal and positive variation of human sexual orientation.” The resolution also makes clear the APA’s opposition to the use of conversion therapy, concluding that professionals should avoid telling people in therapy their sexual orientation can be changed. Many human rights activists have also firmly stated their opposition to conversion therapy. Among them is President Obama, who has publicly condemned the practice of therapies aimed at changing the sexual orientation of youth who identify as gay, lesbian, bisexual, queer, or transgender.

The Impact of Homophobia

Although one’s sexual orientation is not indicative of mental health concerns, difficulty experienced as a result of stigma, discrimination, and homophobia can often have a negative impact on a person’s mental health. Homophobia, or the fear, hatred, and intolerance of people who experience or are believed to experience same-sex attraction, may be aimed at others or at oneself. Some individuals may find their attraction to members of the same gender difficult to accept. This internal conflict may result from internalized homophobia, personal beliefs, or a number of other reasons.

Experiencing prejudice and stigma as a result of one’s orientation can lead to frustration, depression, hopelessness, and a number of other concerns. In some cases, homophobia may lead individuals to engage in acts of self-harm or to attempt suicide. Research indicates individuals affected by homophobic beliefs and behavior may be more likely to report mental health concerns such as severe depression and suicidal ideation. Homophobia can also lead to hate crimes and other violence.