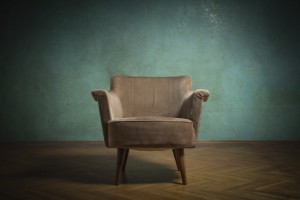 Conversion therapy—sometimes referred to as reparative therapy or sexual reorientation therapy—is therapy designed to change one’s sexual orientation to heterosexual. The practice is a controversial one that has been disavowed by a number of organizations, including the American Psychological Association, the American Academy of Pediatrics, the National Association of School Social Workers, and the American Counseling Association. Conversion therapy is also employed in attempts to convert a transgender person’s gender expression to match the sex that person was assigned at birth.

What Is Conversion Therapy?

Conversion therapy typically encourages people to change or conceal who they are, convincing them that their sexual orientation or gender expression is a source of shame or danger.Conversion therapists use a range of approaches that can include conventional talk therapy, prayer, re-education, hypnosis, or aversion therapy. Aversion therapy is the most controversial approach because of its potential to turn dangerous. As recently as the 1970s, for example, many conversion therapy programs used electroshock therapy or vomit-inducing chemical compounds when a person in treatment demonstrated an attraction to a member of the same sex. Milder aversive techniques include encouraging a person to snap a rubber band on his or her wrist when experiencing same-sex attractions.

Many aversive techniques, particularly those deemed physically abusive, have largely fallen out of favor in the United States. Today, many conversion therapists draw from conventional psychotherapeutic practices, employing principles of cognitive behavioral therapy, for instance, to help people change their thoughts. Others argue that early trauma, including sexual abuse, can change sexual orientation, and by addressing this trauma, they believe a person’s sexual orientation can be changed or modified.

Though any adult can freely pursue conversion therapy, children may do so at the behest of their parents. Conversion therapy for minors is particularly controversial, and many U.S. states have banned the practice. Some children run away from treatment designed to change their sexual orientation or become depressed, ashamed, or confused. Others develop suicidal urges. For example, Leelah Alcorn, a 17-year-old transgender girl, committed suicide in 2014 after undergoing conversion therapy; this event brought national attention to conversion therapy.

Some adults pursue conversion therapy so that they can bring their personal lives into alignment with their religious or political beliefs. Though not all religions condemn non-heterosexuality, many do, and religion may figure prominently for adults who enter conversion therapy. Those who feel that their conversion therapy was successful may become advocates for the practice.

Life as a non-heterosexual person in a society that provides privilege to people who are heterosexual can be fraught with challenges. One nationally representative study found that LGBT youth are more than twice as likely to attempt suicide as their non-LGBT peers. A small study of 55 transgender teens found that 25% had attempted suicide. Discrimination, religious stigma, family rejection, and a host of other factors can influence people who are LGBT to attempt to alter their sexual orientation.

Conversion therapy may also be directed at those who are transgender. In recognition of the fact that being transgender is not a mental health concern, the Diagnostic and Statistical Manual of Mental Disorders removed gender identity disorder as a diagnosis, replacing it in the fifth (most current) edition with gender dysphoria, which is described as the distress experienced when a person’s actual gender does not align with the sex assigned at birth.

Most studies suggest that sexual orientation cannot be changed. Even when sexual orientation is believed to have changed, though, it may come at a hefty price. A person who pursues conversion therapy is typically taught to suppress his or her desires, reject his or her identity, and replace his or her sexual expression with the type of sexuality someone else says is appropriate.

Most mental health professionals agree that ethical therapy encourages self-exploration, self-acceptance, and increased insight. Indeed, one role of good therapists is to help people eliminate unhealthy beliefs about themselves and others. Conversion therapy, though, typically encourages people to change or conceal who they are, convincing them that their sexual orientation or gender expression is a source of shame and danger. Every mainstream therapeutic body accepts that homosexuality is not a mental health issue, but conversion therapy treats it as such. Conversion therapy is especially problematic when parents force it upon their children. Forced conversion therapy may lead to anxiety, suicidal thoughts, and a sense of profound rejection.

A host of professional organizations in the field of mental health and social work have spoken out against the approach. GoodTherapy.org opposes conversion therapy, and does not list therapists known to offer such services.

In early 2015, Oklahoma experienced intense backlash in response to its efforts to protect conversion therapy. Republican Rep. Sally Kern introduced the bill to “protect” parents’ ability to pursue such treatment for their children; the bill was later amended to prohibit “physical pain, such as electroshock or electro-convulsive therapy, touch therapy, pornography exposure, or vomit-induction therapy,” controversial tactics which not all therapists who practice conversion therapy use. Kern argues that the freedom to pursue conversion therapy for minors is a parents’ rights issue.

Sharon Glassburn, MA, MFT in West Hartford, Connecticut, disagrees. “By choosing to provide reparative therapy, therapists neglect their ethical obligation to do good because they aren’t providing effective therapy. They are actively doing harm. Sometimes, ethical therapy isn’t just meeting a client where they’re at. We have to challenge viewpoints and deconstruct ideologies that are actively harmful. These may come from the client, the client’s family, or the larger community. When any trusted person refuses to accept a client’s gender identity or sexual orientation, that is harmful to the client and damaging to the relationship. For clients whose own families and church communities are no longer safe spaces for clients to exist as they are, therapists should not reinforce an unnecessary sense of shame. Same-sex attraction is not pathology; this too has been established by our profession since 1973. Therapy based around changing something about a client that is not problematic—even if the environmental response to this aspect of the client is challenging—is not okay, and neglects our ethical obligations,” she said.

In 2012, the Southern Poverty Law Center (SPLC) filed a suit against a New Jersey conversion therapy organization for fraudulent practices. SPLC filed the suit on behalf of a group of young men and their families who were deceived by the organization’s promises to change the young men’s sexual orientations. In June of 2015, a New Jersey jury found the group, along with the life coach to whom they referred clients, guilty of consumer fraud, requiring the organization to refund thousands of dollars to the plaintiffs. The suit highlighted the mistreatment the teen boys experienced, which included being forced to undress during individual and group sessions.

In April of 2015, President Obama issued a statement that appears in conjunction with a petition calling for a ban on conversion therapy, particularly for minors, that was inspired largely by Leelah Alcorn’s suicide. The statement expresses Mr. Obama’s concern about conversion therapy’s “potentially devastating effects on the lives of transgender as well as gay, lesbian, bisexual and queer youth,” and demonstrates the administration’s support for bans on the therapy for minors at the state level. Legislation to ban the practice has been introduced in eighteen states.

Therapy is designed to help people grow and heal from difficult life experiences, not to “convert” or “repair” the part of a person that is deemed to be flawed by others.Alternatives to Conversion Therapy

Intending to change a person’s sexual orientation through therapy is not the goal of ethical therapy. Ethical therapists work collaboratively with their clients. In other words, the therapist should not be operating from any personal bias or ulterior motive and the person seeking therapy should be involved in establishing goals and guiding the therapy process. Therapy is designed to help people grow and heal from difficult life experiences, not to “convert” or “repair” the part of a person that is deemed to be flawed by others.

A person who seeks therapy for feeling conflicted about his or her sexual orientation or gender identity is not wrong to do so. Therapy can help to unravel the deeper emotional issues that give rise to one’s conflicted feelings, leading a person to develop a deeper and more confident sense of self. There are many types of therapy that can help a person address feelings of confusion, anger, or shame, among others, or traumatic experiences such as discrimination, bullying, or sexual abuse.

As long as a large portion of the population writes off LGBT identities as flawed, immoral, and even potentially criminal, LGBT people will continue to face innumerable challenges. One study found that 21% of LGBT employees had experienced workplace discrimination, and violence continues to be a problem for the LGBT community; more than 50% of transgender people in the U.S. have experienced some form of harassment in a public place. This does not mean that LGBT people should “convert” to heteronormativity, though. Many therapists offer services that affirm LGBT identities, help people come out of the closet, and offer assistance with navigating the unique challenges associated with an LGBT identity.