Embracing Your Identities: What It Means to Come Out 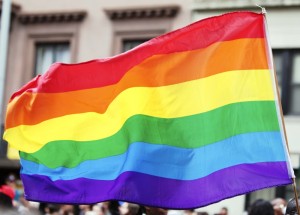 The act of “coming out” is to move from a place of silence, stigma, or shame toward the possibility of pride and acceptance. Coming out isn’t just about sex or gender expression—we come out when we confess that we don’t have our driver’s license, that we have an invisible disability or medical condition, that we’re asexual, that we don’t believe in God, that we’re kinky, or that we’ve suffered a loss. It can serve to “other” oneself or to move into a like-minded community. Coming out can be surprising to all parties involved or to no one. It can go more easily than expected, or it can lead to feelings of rejection and, in some cases, even physical threats.

I recently began training as a diversity educator in an intentionally diverse group of adult facilitators. As part of our training, we all take part in the same activities we are learning to orchestrate, starting conversations among ourselves that we hope to host within new groups of students down the line. One such activity is referred to as the “I am” exercise. It’s not particularly novel—participants take a sticky note and write down three things that they “are.” These can be nouns or adjectives, relationships or traits, roles or values.

Participants do not write their names on the sticky notes. When everyone is finished, the notes are attached to a wall, door, or other flat surface. This makes the diversity of the group somewhat visible. From there, the facilitator of the activity will read the descriptions aloud, anonymously—“I am a student” or “I am queer,” for example—and when a participant identifies with a given descriptor, he or she raises a hand.

In my group, for example, participants were mostly queer-identified—to my surprise, only two people didn’t raise their hand when the facilitator read “I am queer.” Again to my surprise, when “I am a spiritual person” was called, only two people were left with their hands down. Despite taking place within a close-knit and affirming group, this part of the exercise had the potential to create some anxiety—but also relief if another person who shared this identifier was located. There was a felt sense of solidarity at times and an experience of feeling different at others.

In general, it’s easier to “come out” in a group where we feel comfortable, and we usually feel more comfortable in a group that’s like us in some easily identifiable ways. Minorities may seek out support groups or safe spaces where they will have common interests and values. In other groups, they may become frustrated with being seen as the “spokesperson” for their minority group or, if their minority status is invisible, they may feel unsafe coming out at all. Certainly, the effort of inclusion should be assigned to members of dominant, privileged groups rather than placing that burden on the shoulders of marginalized parties. But it’s an easy mistake to make—for privileged group members to assume others are like them when this often goes unchallenged.

Coming out can make the personal political, but it can also make the political personal. Following a poll in May 2013, the Pew Research Center (2013) found that:

Roughly two-thirds (68%) of those who know a lot of people who are gay or lesbian favor gay marriage, compared with just 32% of those who don’t know anyone […] Part of this is a matter of who is more likely to have many gay acquaintances: the young, city dwellers, women, and the less religious, for example. But even taking these factors into account, the relationship between personal experiences and acceptance of homosexuality is a strong one. (para. 3)

This creates somewhat of a domino effect in our culture—by coming out as “different,” one makes it easier for others to do the same. It creates new group norms and personalizes identities that may have been previously regarded as foreign.

There are also identities—being bisexual, pansexual, genderfluid, or agnostic—where “coming out” may not be as pressured or valued. These are identities that, due to their binary blurring, may be less widely understood, and otherwise-affirming friends may express their skepticism. When coming out creates unfamiliar labels, we may be left with more questions than answers.

No matter the journey, the coming-out process is deeply personal and should be respected as such. Although the act of coming out has the potential to effect change in larger systems, it’s a decision that is best left to the individual. Many people who decide to come out have spent some time imagining the worst and preparing for loss. Some can’t afford to risk those losses, or don’t have the support they need to feel safe.