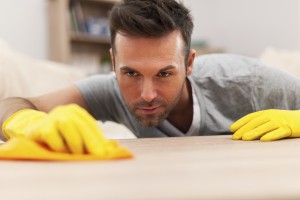 Everyone has an image of a “perfectionist” in their mind—the person with the meticulously organized house, the work desk without a pencil out of place, who works fervently day and night to make sure not a mistake passes on their watch. Despite the stigma and stereotypes, perfectionism is neither inherently good nor all bad. And a lot of it depends on where the motivation for perfectionism begins.

Researchers have identified three main types of perfectionism. The first is self-oriented perfectionism, wherein the individual has high standards for the self. This person may think, “I need to do better on this because I know that it isn’t the best that I can do,” or, “I have to redo this. I never do anything right.”

The second type of perfectionism is socially prescribed perfectionism. This person feels the external pressure of family members, coworkers, and bosses, or society in general, to live up to a high standard. They may think, “If I don’t do better, I’m going to let everyone down!”

The third type of perfectionism is others-oriented perfectionism. This person holds others to intense scrutiny and, at times, unrealistic standards. They might be the micromanaging boss at work, the parent who nitpicks the child who left socks on the bathroom floor, or the child who is constantly correcting other students in class when they make minor grammatical errors.

Recognize yourself in any of these? A family member or coworker, perhaps?

Here are five steps to breaking the patterns of unhealthy perfectionism: