How Parents Fuel Identity Crises in Their Children 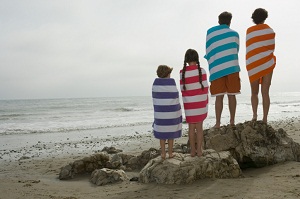 It is not unusual for people to come to therapy with feelings of confusion about what they want, think, and/or feel. I find that many grew up in families in which one or both parents involved themselves in their children’s lives in ways that interfered with the development of separate, individual thoughts and feelings. Most of these parents were well-intentioned. Their intrusion into their child’s life typically came from a need to protect the child from painful feelings or to assure that the child’s behavior and choices were the “right” ones. As a consequence, these children grew up relying on their parents to define not only what they should feel or how they should behave, but ultimately their identity: who they are as individuals. As adults, these children spend a lot of time in their heads worrying about the choices they make, how they are seen in the world, if they upset their parents by having separate ideas, if they did the right thing, etc. They become confused when the thoughts they have about themselves are different from what they know their parents believe. “What is true and real about me?” becomes the question that these patients bring to therapy.

“Sam” came to see me filled with anxiety. He didn’t know if he should continue in a relationship that was becoming serious. “I think I’m in love with Kara,” he said. “We have a really good time together, and she is very good to me. But then I get confused: Do I really want to spend my life with her? My father thinks she isn’t a good match for me. She’s Italian, and I’m German. I never really thought about things like that, but my father thinks that the cultural differences are too much. He also thinks that Kara’s family is very different than ours and that will be a problem when we have a family.” Sam continued to describe his uncertainty about how he felt and what he should do. I asked him if he thought he would be less unclear about Kara if his father approved. It was striking to me that this question seemed to startle Sam. It hadn’t occurred to him that his father’s opinion about what was good for him had such a profound influence.

Sam agreed to begin therapy, and we began to explore how he thought about himself and how he determined what he wanted and needed. It soon became apparent to both of us that Sam’s father had always played a big role in characterizing who Sam was. Sam recalled that he wanted to take guitar lessons when he was about 10. His parents bought him a guitar, and he liked strumming it and learning to play, but he had trouble with dexterity and was not developing into a very good player. After about six months, his father told him, “You’re not very musical. You should find a different hobby. You should try chess; you would be good at that.” Sam recalled: “Even though I enjoyed playing and fooling around on the guitar, I stopped the lessons. My father started to teach me chess. I did get pretty good at it and joined a chess club in middle school. My father always says with great pride how he knew I would love it because I’m such a rational and logical person, that chess is perfect for me.” Sam paused and thought a minute and said, “It’s funny, I never thought about this before. I think of myself as a logical guy, but then I never know what to make of all the feelings that seem to boil up in me. My parents don’t see me as emotional.” Sam paused again, seemed deep in thought, and then sadly said, “Wow, I guess I hide that part of myself from them. They don’t really like emotions.”

As Sam and I continued to talk, he became increasingly upset as he began to discover that much of what he thought about the kind of person he was mirrored his father’s view of him. He also began to realize that there was a judgmental attitude when his father told him what he thought. For example, his father still believed that Kara was not for him. His father had explained, “You’re not someone who can deal with opinionated people. She is too aggressive for you.” Instead of becoming confused and wondering if his father’s idea was true, Sam began to consider his own experience. He was learning to ask himself what was happening in his internal life and to study what went on externally. He thought about Kara and her opinions and realized that many of her ideas were different from those of his parents. But he also saw that she was flexible and, in fact, he often agreed with her. As he was more able to focus on himself and create some space apart from his father’s influence, he could consider how he felt. He didn’t feel conflict with an opinionated Kara. Rather, he was becoming aware that he disagreed with his father. This was not an awareness that he allowed himself to experience very often. It made him anxious, but now he second-guessed his experience less, and he was beginning to make space for his separate feelings and ideas to emerge.

Sam and I still have work to do. He is working on his relationship with Kara. As he develops the ability to know what he wants and feels, he is more able to express himself to Kara and that relationship is getting stronger. Sam continues to work on individuating from his father. After 30 years of relying on him to define and characterize who Sam is, it takes time to develop confidence in his own thoughts and feelings. There is still anxiety for Sam when he asserts his newly found voice with his father. Sam has recognized that his father’s judgmental tone has made it difficult for him to feel that his own perspectives are valid. His memory of his father telling him, “I’m your father and I know what you like and what is best for you” no longer feels just about his father’s love and concern. Sam is beginning to understand that his father is anxious, too, and that it is his anxiety that drives him to try to control Sam and to believe that he knows what’s right. Hopefully, as Sam’s sense of identity becomes more solid, he will be able to negotiate the relationship with his father so there will be room for multiple thoughts, feelings, and perspectives.

Well-intentioned parents who are critical and controlling may promote their child’s reliance on them to determine and define what is good and acceptable about the child. When a loving parent is so certain that he or she knows what is right for the child and does not consider that the child may have valid, different ideas about what he or she wants, needs, and feels, there is no space and no invitation for the child to develop the ability to express his or her own self with separate ideas, feelings, and needs. Over time, as the child grows to adulthood and is exposed to more ways of thinking about things, there is typically a good deal of confusion about identity, thoughts, and feelings. Unless there is an opportunity to develop a separate sense of self, there will likely be a lot of anxious thinking about what is real but little ability to think for oneself in a self-reflective way.