‘Just Like Me’: When Parents See Children As Reflections of Themselves 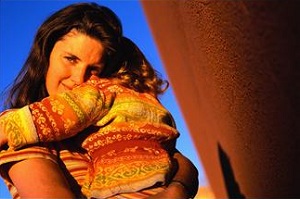 When parents view their child’s “problematic” behavior, attitudes, or troubles as a reflection of them, it can be a terrible blow to the ego. For parents with positive self-feelings, anger, hurt, and disappointment can occur when they don’t see themselves reflected in their children. (“My child should be just like me.”) For parents who do not feel very good about themselves, seeing a child as being “just like me” can feel devastating. Parents who lack self-esteem often feel like their child’s problems are their fault. Their inability to differentiate themselves from their children can also result in guilt and painful feelings of responsibility that are often overstated and inaccurate. Many parents who struggle with the idea that their child is a reflection of them (for better and worse) have not separated from their children. These parents tend to feel some responsibility for their child’s situation. Most often they believe that, either in their early behavior with their children or in their biological contribution (or both), they have profoundly affected their child’s life and character.

“Peter” came to his therapy session in a rage about “Adam,” his 25-year-old son. He had just come from his son’s apartment and was disgusted about the dirt and disarray he encountered: “What is the matter with that kid? He’s such a slob. There is stuff everywhere. It feels so chaotic! I have the same feeling when I think about how he gets drunk with his friends on the weekend. He’s a mess!”

When I asked Peter what made him so angry about this, he began to express remorse about being so enraged. Choking up, he said, “I guess I’m really hurt. I feel like Adam is being disrespectful to me. He knows I hate his messes and his drinking behavior. I feel like he’s on a terrible path of disorganization and disaster. I keep asking myself, ‘How did he turn out this way?’ ”

I asked Peter what he thought about why Adam was like this. “I don’t really know,” Peter said. “But I honestly believe it’s my fault. You know I was a terrible workaholic during Adam’s first 10 years. I neglected him when he was growing up. Then I think, if I was a workaholic, will he be an alcoholic? I know I made him this way. I’m a mess of a father.” Peter was tortured by his painful feelings and disappointment that his son hadn’t turned into the ideal adult that Peter wished he could be.

Over time, as we explored Peter’s feelings, it became apparent that he put all the responsibility for the person Adam was at age 25 on himself. He found it very difficult to see Adam as a separate individual with his own reasons for behaving the way he did. Slowly, Peter was able to consider that his influence hadn’t only been negative and that he wasn’t the only influence on Adam’s development. Adam’s mother was nurturing; Adam had many friends growing up. Peter could even recall some teachers who were influential in Adam’s life. He acknowledged, for example, that a high school teacher had encouraged Adam to stay with his music, and Peter admitted that Adam was a successful musician.

“I guess I haven’t focused enough on Adam’s successes, just on the ways I see him as a failure and blame myself,” Peter said. “Sometimes I still think that maybe Adam is punishing me when he messes up in ways he knows I hate. I guess I really have to admit that it isn’t all about me. Adam is a different person from me. It’s just hard to be OK with that. But I do want to get there. I know that would be best for our relationship.”

Peter is slowly beginning to separate from Adam and experience Adam’s successes and failures as more about Adam than him. He is also beginning to take Adam’s character and behavior less personally. Giving up the idea that “it was all my fault” makes space for Peter to see Adam as a separate individual.

“Rose,” another client, began to talk about her 10-year-old daughter, “Jessica,” in our therapy sessions.  Rose was obsessed with worry that Jessica, who had learning disabilities, would never have a successful life. She said with some sadness: “Her brain is damaged. How will she ever be OK?”

“You know that we had her tested and she has so much trouble focusing and organizing her thoughts,” she responded.

“Yes, I know she has some learning disabilities, but seeing her as ‘a person with a damaged brain’ seems a rather extreme way of defining your daughter,” I said.

“I sort of know what you’re saying is true,” she said. “But you know I had learning disabilities as a kid. No one identified them; no one did anything about it. I still struggle at work and in my life in general with being focused and organized. I get so depressed and anxious when I forget things or don’t get stuff done like I promise my husband or my boss. I know my brain is messed up, and Jessica is just like me. Why would I think her fate is going to be any different?”

Rose had a very strong belief that biology was determining her future as well as her daughter’s. She was reluctant to consider that her daughter’s life could take a different path from hers. She had a difficult time thinking about Jessica as a separate person with her own unique characteristics. I reminded her that she and her husband had been addressing Jessica’s learning problems and getting help for her. I also pointed out that this was very different from her own experience growing up. I emphasized that there are many influences other than biology that influence a person’s development. I also asked Rose to tell me anything she could think of about Jessica’s accomplishments. We both listened to the list Rose came up with: “Great piano player, really good artist, hula-hoop champion, kind person, good swimmer, and I guess other stuff, too.” Rose reluctantly acknowledged, “Yes, I suppose her brain works OK in some ways.”

Rose and I spent a lot of time talking not only about Jessica, but also about Rose’s negative sense of self. It was harder for her to take seriously that she has her own accomplishments. It was even more difficult to consider that Jessica was like her in some ways and not others. (Rose is a terrible artist and swimmer!) Our work has centered on Rose’s struggle to experience herself in positive ways and on seeing Jessica as a separate, differentiated individual. We have also been talking about how painful it is to see your child have areas of deficit, and even worse when you feel you are the cause. Helping Rose to talk about her impaired sense of self and its development has allowed her to make distinctions between her own experience and Jessica’s. I have tried to help Rose consider that while there could be some biology at work in regard to Jessica’s learning disabilities, so much more than being “just like me” is involved in what makes Jessica who she is.

We are familiar with parents feeling great pride in how they played a role in their children’s successes. But when parents boast incessantly about their children’s accomplishments to the extent it doesn’t feel like typical parental pleasure, we typically consider them to be narcissistic. For Peter and Rose, their great dismay in what they perceived as their children’s deficits, problems, and failures was also narcissistic.

The term narcissism comes from the Greek myth of Narcissus, in which Narcissus falls in love with his own reflection in a pool. The notion of reflection is pertinent to the experiences of Peter and Rose. Rather than experiencing narcissistic pleasure, these distraught parents experienced a narcissistic wound. They couldn’t tolerate the pain of looking into the pool (i.e., at their child who also represents the parent) and seeing something that is not “beautiful” reflected back. When they looked at their children, they saw a reflection of themselves. It was intolerable that the reflection they saw was “a mess” or had a “damaged brain.” It was not “beautiful.”

These parents are responding narcissistically, and they have not differentiated themselves from their children. One has to wonder how parents, who view their children as reflections of themselves, may have influenced their child’s separation/individuation process. As parents become more aware that their beliefs that their children are or are supposed to be “just like them” are assumptions, they will be in a better position to examine those beliefs. As a result, parents will experience less pain, and their children will be helped to develop into separate, unique individuals.