Come Out, Come Out, Whoever You Are 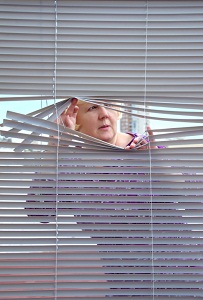 Interviews with people on their deathbeds regarding regrets not surprisingly show that people wish they’d let themselves live as their full, true selves. They wish they’d been less what people expected of them and more who they really wanted to be. They wish they hadn’t worked so hard, expressed their feelings more, kept in touch with friends, and had let themselves be happier.

We can use this as guidance and inspiration to live our lives with the maximum happiness we can achieve. Adding happiness doesn’t necessarily prevent or cure depression, but some depression is affected by how much happiness we create and allow in our lives.

Why wouldn’t people allow happiness into their lives, you wonder? It seems counterintuitive. If people can have happiness, why wouldn’t anyone embrace it? I can imagine people blocking opportunities to be happy for various reasons, such as:

There may be many reasons we don’t do or be what we really want, and it’s useful to look at what might be getting in the way. Let’s see if we can tease out what we are holding ourselves back from; the reasons why may appear in the process.

Think about how you would view your life if you knew you were dying soon. What would you regret right now? Here are some ideas to get you thinking:

It’s time to come out as you!