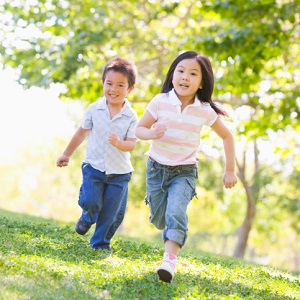 Children have a core nature—a set of automatically triggered perceptions, priorities, values, and meanings that are present at birth, identifiable at an early age, and largely unchanging over time. Parents also have a nature, the one that they were born with. A parent’s nature might be the same as or quite different from that of their co-parent, child, or children.

This nature is determined by the degree to which a child is, naturally and normally;

Like the degree to which a child proves to be left-, right-, or mixed-handed, a child’s degree of response orientation on these four dichotomies is innate, a genetic given with little room for intentional alteration. An extraverted child, for example, is energized more by ongoing verbal interactions with those around him or her. In contrast, introspective reflective processes provide more energy for an introverted child.

The nature of this difference is such that the longer the extraverted child is required to listen without responding, the greater the possibility that they will start to feel disconnected from their sense of self separate from others. If this happens, an extraverted child may interrupt the flow of conversation to speak, in order to get that sense of connection back.

Conversely, the longer an introverted child is required to engage in uninterrupted verbal interactions the greater the possibility they will start to feel disconnected from their sense of self separate from others. If this happens the child may attempt to disengage in order to get that sense of connection back. Contrary to common beliefs and dictionary definitions, most introverts are not shy, withdrawn, or antisocial, and they do not categorically have depression. They are simply wired to process information and come to conclusions through introspective reflective processes.

A child’s natural response orientation on these four dichotomies determines:

Elizabeth Murphy, EdD, author of The Developing Child and co-creator of the Murphy-Meisgeier Type Indicator for Children, has provided compelling evidence that supports these statements. In a longitudinal study of type development across the ages, Murphy identified, at a preconscious age of development (under 9 months of age), each child’s response orientation on the four dichotomies mentioned above. Each child was then retested during childhood, during adolescence, and into his or her adult life. The temperament-driven nature Murphy identified in each child at a preconscious age of development did not change across time.

The significance of these findings cannot be overstated. If the temperament-driven nature of adults can be identified at a preconscious age of development, then

As a child’s ability to express what they are thinking and feeling becomes more visible, parents can often identify their child’s nature.

One child will automatically tune in to standard rules of behavior. They will want to know what those rules are, will abide by them, and expect others to do the same. Approximately 45% of newborns are so wired. A thorough study of temperament percentages in the general population has yet to be made. The percentage estimates provided here are based on a few studies made in conjunction with the Myers-Briggs Type Indicator that need to be confirmed by a neutral examiner.  Well-known adults that came into the world with this response orientation include Harry Truman, Barbara Walters, Rosa Parks, and Justice Oliver Wendell Holmes.

Another child will automatically be sensitive to the tone of communication and how people are treating each other. For these children, if it is not said nicely, it is not nice. They are wired to facilitate harmony in human interactions and feel guilty and bad, out of proportion to objective reality, if they upset or disappoint someone. They may also experience disproportionate feelings of hurt and rejection when responded to in a neutral or blunt manner. Choice is not an option. This sensitivity is a natural given to children so wired. Approximately 18% of newborns will respond in this manner. Well-known individuals with this response orientation include Oprah Winfrey, Mohandas Gandhi, Isabel Briggs Meyers, and Carl Rogers. This is also the natural response orientation of approximately 70% of marriage and family therapists in private practice.

A third nature that a child may have is governed by objective criterion of cause and effect. For these children, what is said or done must make logical sense or it will be experienced as invalid.

Their natural manner of self-expression is emotionally neutral and direct. Approximately 15% of newborns will have this temperament-driven nature. Individuals born with this response orientation include Steve Jobs, Hilary Clinton, Albert Einstein, and Whoopi Goldberg.

The fourth nature a child may have is governed by immediate sensory experience. Children with this response orientation have the highest level of in-the-moment perception and pragmatic responsiveness of the four natures. Conventional dictates that are not practical in attaining their immediate goals will tend to be ignored. Such children can appear to be impulsive, selfish or immature. However, this is usually not the case. In fact, children so wired are often found among the most gifted practitioners in both the fine as well as the martial arts. Approximately 22% of newborns will prove to be so wired. Well-known individuals with this response orientation include Amelia Earhart, George C. Patton, Barbara Streisand, and Andre Agassi.

Time and again Rabbit, who is wired to abide by the rules and speak up when they are not being followed, and Pooh and Tigger, captured by the moment and what the moment might offer, clash over whose perspective is right and whose is not.

What follows is a morality play with Rabbit pointing out society’s rules of behavior based on consideration and respect for others, and Pooh or Tigger countering with their own reasoning for why those rules should not apply to the situation at hand. Episodes that include the eternal pessimist Eeyore often have a nurturing friend like Piglet or Christopher Robin trying to lift his spirits. And then there is Owl, always ready to point out when other inhabitants of The Hundred Acre Wood are not making logical sense.

The one constant in these wonderful stories involves each character’s temperament driven nature. It does not change across time.

Parenting episodes have Kanga, a by-the-rules mother, trying to get her child Roo to see beyond his natural in-the-moment responses to the consequences that those behaviors might have. The challenge for Kanga comes from finding a way to communicate important life lessons in a manner that Roo can understand—a manner that does not require Roo to respond in a way he is not wired to respond in, or feel bad about the way he naturally responds that differs from that of his mother.

In order for real-life parents to accomplish this goal, it is important that they first understand their own temperament-driven nature as well as that of their co-parent, if their co-parent’s nature differs from their own. This can be done by downloading and filling in the Natural Personality Questionnaire found at NaturalPersonalityInstitute.com.

This questionnaire uses the four-letter classification typology developed for use with the Myers-Briggs Type Indicator, the most widely used personality assessment tool in the world today. Although type profiles are usually accurate, some are not. Errors in scoring choices may come from a lack of self-awareness, or from associating a meaning to the terms used that differs from that which the test designer intended. Consequently, no guarantee can be given regarding the accuracy of an individual’s scoring profile. If you have a 4-3 score on any of the four dichotomies, you can go to Ross Reinhold’s website, PersonalityPathways.com, and fill in the more comprehensive questionnaire found there to see if your 4-3 score or scores remain the same.

Within your four-letter personality type code is a two-letter code that identifies your temperament-driven nature. The first letter of your temperament code is found on the Sensing-iNtuition dichotomy. That is the second column from the left on the questionnaire.

The automatically triggered primary priority for each temperament is as follows;

To date, no study has been conducted on the function and purpose of the four natures. It is the author’s belief that nature designed four distinctly different types of human beings to attend to four critical areas of need in a functioning human society, areas that are so disparate that differences in perceptual driven priorities and meanings were necessary to attend to them.

The stronger an individual’s response orientation is on the two dichotomies that determine their temperament, the greater the likelihood that they will respond in a manner that is consistent with their temperament type.

When parents have different temperaments, it is important that they understand the following:

This manner of addressing natural differences helps parents distribute child-raising role responsibilities in a way that best utilizes their individual strengths and minimizes the possibility of unintentionally undermining each other’s parenting efforts.

The next step is to identify the temperament-driven nature of the child. Additional information on type in children can be found in

Once parents have a clear sense of their child’s temperament driven nature, they can

Parents who understand their own temperament-driven nature, as well as the nature of a child or children that naturally differ from them, can