My Friend Had a Late-Term Abortion: 5 Things She Wants You to Know 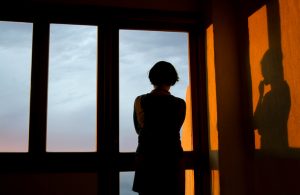 Editor’s note: The account that follows may be upsetting for some readers. Names were changed to protect confidentiality.

I was reflecting on a recent party we hosted and thought my friend Heather would enjoy a couple photos from the gathering. There was one of her chasing her toddler son around with a plate of food, another of her sipping from a wine glass full of grape juice. She was relaxed into her second trimester, answering all the usual questions from our guests: a boy, due in May, first trimester was uncomfortable but not terrible, totally different pregnancy from her first, totally excited.

She joked about the whole “we’re pregnant vs. I’m pregnant” debate with her husband Jeff, who had stopped drinking and even gained “baby weight.”

Her family used to live near us. They recently moved to a larger home with the plan of having another child. Just a few days earlier, she had asked me where we bought our Murphy bed. I assumed they were getting ready for family visits after the baby’s arrival.

Her text response to my pictures came about a minute later and stopped me in my tracks.

“Got the worst news with the baby. I can’t talk. No words.”

Tears pooled in my eyes. I replied that we love her and are praying for her. We can talk when she’s ready.

Then my phone vibrated with another message: “He won’t survive. I have to get a procedure. It won’t be till next week.”

Heather and Jeff’s joy had turned to horror. And then the other part of her message sunk in: she had to wait a week. How would she manage being pregnant for a whole week knowing she would never meet the baby inside her? I imagined every day was too much to bear.

I contacted my friend who is an operating room nurse specializing in emergency and gynecological procedures. I knew many of my questions were unanswerable, but I hoped she could help me with a few. What kind of procedure was Heather going to have? What will her recovery be like? Should I offer to have her son come stay with us?

My friend explained that if the fetus is no longer alive, labor would most likely be induced and Heather would have to deliver her deceased baby vaginally, just as for a live birth. I recalled my own experience with labor; the idea of going through all of the pain, contractions, and emotions to knowingly deliver a lifeless baby was sad beyond measure.

“If the baby isn’t dead,” she went on, “She will likely have a D & E—dilation and evacuation.” She would be under general anesthesia, with more cramping and bleeding in recovery.

She finished by expressing her deepest condolences. “Physical recovery shouldn’t be too bad,” she said, “but losing a wanted pregnancy is going to be so tough. My love to her.”

Eventually, Heather was ready to tell me what happened, and she asked me to write about it. Here are five things she specifically wanted me to share:

1. “When you call it a procedure, you separate yourself from it. It’s an abortion. And it’s not a dirty word.”

Heather’s baby was alive when she and Jeff went to her routine 20-week ultrasound. She noticed the technician was unusually quiet. When the technician brought in a doctor to examine the scan, they knew something was wrong.

Heather asked if the large mass she saw on the monitor was her bladder. “No,” the doctor said. “That’s his bladder.” It was larger than his head. His body was not processing urine properly, and the bladder was almost the only thing they could see.

As she was lying on the table in a dark room with warm gel on her pregnant belly, the doctor began discussing their options.

Or she could terminate the pregnancy—have a late-term abortion. As my friend who works in the OR explained, at 21 weeks this would be a D & E.

The doctor assured Heather and Jeff that a fetus does not experience pain until 24 weeks. In a few short weeks, their baby would feel the pain of his condition, of in utero surgeries, and of organ transplants should he survive birth.

Jeff asked all of the questions while Heather laid there and cried. She could barely speak, but she knew she was not going to put anyone she loved through that. She had always been pro-choice, but never thought she would have to make the choice herself.

She was going to have a late-term abortion.

Heather described being pregnant with her baby for a full week, knowing he was going to die.

“When you’re pregnant, you become aware of everything you do. ‘How will this or that affect the baby?’ ” She said she didn’t drink that week because she didn’t want to hurt him. But she could hardly bring herself to eat or sleep.

During that week, Heather tried to straighten her hips so it didn’t look like she walked like a pregnant woman. She wore Jeff’s clothes and jackets, slinking around the few times she went outside because she couldn’t handle someone saying, “You’re pregnant!”

President Trump took office the day after her abortion. “I was bleeding, cramping, heartbroken,” she said. “I was hearing all the rhetoric about lawmakers trying to ban this procedure.”

She believes if she wasn’t able to end her pregnancy when and how she did, she wouldn’t be alive today.

“If someone had taken that right away from me, I would have walked in front of a bus. It’s inhumane to force a woman to continue with a pregnancy,” she said. “I could not have done it for another four to five months, letting him grow inside me knowing he was doomed. That week was a lifetime.”

3. “It was the saddest moment of my life. The kindness and compassion of others meant the world to me.”

When she arrived at the hospital, Heather saw someone she knew from work. She was crying, and grateful that person did not try to say hello.

Her doctor scheduled the abortion over email. He personally escorted her through the hospital, and allowed her to wait in his office so she didn’t have to sit in a waiting room full of pregnant women.

Heather tried to keep her emotions in check when she entered the operating room alone. But when it came time to climb onto the table, she wept.

She told me she felt grateful to have had paid time off from work, and her insurance covered the abortion without question.

4. “It wasn’t a decision that was just for me. It was for him, too. I made the decision of a mother.”

Heather was at work when she was notified of the autopsy results in her online chart. She didn’t want to look at it, but she needed to know. She felt like she was the only person who ever knew her baby.

According to the autopsy, parts of his body were critically underdeveloped, including his lungs. His kidneys were not functioning at all. Other parts of his body were severely deformed because of a lack of amniotic fluid. He would not have survived without drastic measures, and even if all those measures were maximized, he was unlikely to live.

Heather described lying awake at night during that week before the abortion, thinking about being separated from her baby.

“I didn’t want him to live for an hour and then die. Or to get organ transplants and die. I didn’t want to make him suffer like that. I was going to be a mom to my kid. I made the right choice for my son.”

Before that 20-week ultrasound, Heather had an image of her baby as a star in the distance, and she was beckoning him to come closer. Now she says, “I still picture him as that star, but I just keep saying goodbye.”

She doesn’t want his memory to be only of sadness. She tries to focus on the times when she felt so happy to have him in her life.

Jeff got a tattoo in honor of his son—a turtle representing Mother, though it looks like a water baby or a baby in a boat, which is how they will remember him.

Heather and Jeff plan to have another child. But as of now, she considers herself to be the mother of two boys.