Lonely Journey: My Struggle to Cope with My Son’s Bipolar Diagnosis 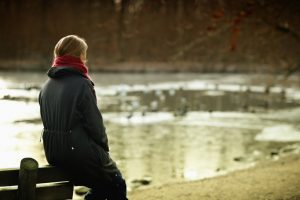 In August of 2014, in the middle of the night, a phone call came: My son was unresponsive and was being transferred to the hospital. I remember the 30-minute drive to the hospital, trying to get to my son, took forever. I knew nothing but what his friend had hysterically tried to explain over the phone.

When I arrived at the hospital, and they took me to his room, he seemed so small, surrounded by a machine and tubes. The doctors were unsure whether he would make it. At that point, he was only alive because the machine was breathing for him. They didn’t know how much he had taken, only that it was some combination of a deadly mix. His friend repeated over and over, “He was trying to stop the voices. I tried to stop him.”

Thankfully he made it through. After three days in the hospital, he was sent to a “stabilization unit” to receive treatment. Three days later, they released him to his father to took him back to Seattle to get the help he needed. But that help never came. Instead he stayed in a small apartment with his stepmom, smoking weed and snorting coke with shots of vodka. After two weeks, she put him on a plane back home because she didn’t want to be bothered.

I immediately made an appointment with a psychiatrist, who diagnosed him with bipolar 1 disorder and social anxiety. He told the doctor he heard voices and used drugs to quiet them. I asked if the doctor thought this could be addiction as well but was told no.

I struggled to keep him on his medications and encouraged him to find gainful employment in order to be able to care for himself, but he said he felt “better” and stopped taking the meds. After two more inpatient stays that lasted 2-3 days, he was released with a new group of medications that were very expensive. My struggle to keep him on these meds never stopped.

One night I heard a noise and instinctively went into his room, where I found him hanging in his closet by a belt. I cut him down to find he was still breathing. I had got to him in time, but he was combative. I had to hold him down until help arrived. This led to another inpatient stay, one that lasted 11 days. There was no follow-up care provided, though he was prescribed several more medications that would continue to empty my checking account.

My relationship with my mate ended abruptly because they thought I should do things differently. But frankly, I knew nothing of what I should do. I had no clue of how to fix this situation or keep it from compromising my life. I went on, because I had to, but my lonely path became even lonelier. I was afraid to leave my house other than to go to work. I was afraid to pursue a relationship. I had deemed life with myself as a solo player to be my only option because I had no idea what to do. All I wanted to do was save my son.

Over the next two years, my son would make numerous visits to stabilization units. These always resulted in the same outcome: a month or so of him being stable, then he would go off his medications. I begged for help, from the doctors, from his psychiatrist, from anyone who might be able to help my son.

But no one was able to help.

I spent those two years waking to every sound, feeling like a prisoner in my own home. I worried he would harm me if I didn’t give him money. I was robbed multiple times, and although I called the police and told them the crime was committed by my son, nothing ever came of it. He continued to steal from me, and he would not leave. If he did, he came back when I was gone to steal whatever else he could find, but still, the police did nothing.

My health was affected significantly. I was exhausted, experienced trouble with my bowels, and lost weight and sleep while I tried to maintain my career. I missed work through my efforts to help my son and lost relationships as I struggled to cope with the challenges my son was facing.

I had no one to help me through this dark, lonely world. I watched in fear, with a tortured soul, as my son self -destructed before me. I locked myself in my bedroom, after hiding sharp objects so he couldn’t get to them. My attempts to kick him out failed because he was on my lease and I was too embarrassed to approach my landlord to have him removed. The police would not help me, and professionals shamed me for wanting to walk away, telling me he needed family support. I was losing myself, taking medication to help me stay even.

The final straw came when a drug dealer showed up at my door threatening to kill my son and his family if he didn’t pay up. I chose to move an hour away, still close enough to commute to work, but far enough away to feel safe from this nightmare. Leaving my son homeless was all I could do at that point, in order to save myself. I pushed on trying to find myself again, though I was full of guilt.

He moved in with his sister, who was experiencing addiction to painkillers after years of kidney disease. Soon enough another call came. She had called the police, knowing he had an outstanding warrant, and he went to jail the night before Thanksgiving. I felt relieved knowing he was safe there, but pained nonetheless. I stand alone trying to fight, not just for him but for myself. I ask myself, what kind of mother turns her back on her children?

He got out of jail right before Christmas with a promise to go to Narcotics Anonymous and a sober living house, but I knew it would never happen. Then another call came. My sweet boy, who would give anyone the shirt off his back, who loved his Momma and said he wanted to get better, couldn’t keep a job and was in and out of his sister’s house. What’s more, he had decided he had no choice but to do drugs. He robbed a convenience store and was charged with robbery in the first degree, a felony offense.

My heart broke at the news. Guilt filled me, and I couldn’t breathe. I didn’t think he would survive prison. He wasn’t “tough,” he was a skinny boy who would hurt no one. He would die there, or at least his spirit would .

The judge ordered rehab at a place about an hour away. A place that, if I wanted street drugs I could walk in and get whatever I wanted from the residents, who were supposed to be in a rehab program. The people running the place could care less if these residents succeeded. They didn’t offer meetings to attend, just a pool table and a TV. After 30 days, residents could go to a doctor to get medications, but before that, they were on their own. So, my son, who received no medications for his bipolar or anxiety, surrounded by people trading their psych meds for caps and other things, relapsed. He ended up back in jail after testing positive for Seroquel, and was given another 30 days, after which he would return to rehab.

Meanwhile my health is poor, and my relationships with others are compromised because I can’t cope. I went to see a psychiatrist to try to develop better coping methods, so I could help my son without compromising myself. She told me he was grown and told me I needed to cut him off. She went on to try to dissect my brain, but I received no support on how to cope with and support an adult child with addiction and mental health conditions.

I stand alone trying to fight, not just for him but for myself. I ask myself, what kind of mother turns her back on her children? Meanwhile, I continue to struggle with a daughter who is addicted to painkillers and is going to lose a battle with kidney disease. I tried to separate myself but my concerns for my grandchildren keep me from cutting the ties—she has two small children and a third on the way. I lie awake at night, fearing the call telling me she has passed on. All I know to do is to cut her off and pray for the best, but the thought of doing so paralyzes me with fear for my grandchildren.

My inability to cope consumes me. It affects my ability to live freely, to have a relationship without it being compromised. I do a lot of self-blaming. I ask myself, how did two of my three children end up battling addiction and mental health concerns? I was an attentive parent. They saw me work, attend college, and take care of them. How does this happen? How do I avoid not being consumed with sadness? How do I reduce the effects of my guilt and keep from self-destructing myself?  How can I have a normal life, when my soul is so tortured?

This is a lonely place to be. I have no resources and no support. No other parent is involved, and my only family is an older sister who has young children.

Today, I am facing the destruction of another relationship. I blame myself and can’t cope, and these feelings turn to self-bashing, withdrawing into isolation, and another loss. It can consume me, although I have made huge steps in the last few months. But these aren’t enough to save me from more losses, more sadness, and more darkness that may be what ultimately takes my life. I am afraid the stress will kill me. I have been sick for months and have lost nearly 50 pounds. But I don’t know what else to do.

What can you do, when you have tried everything? I have sought out counseling only to be slapped in the face with, “Cut the ties. They are adults.” From other sources, I hear family support is the key to success for those experiencing addiction and mental illness.

So, what to do? Though I have no help or support, I know I am not alone in this place. I chose to share my story to both try and seek help, and to help others who feel as I do know that they are not alone in their pain, either.