The Importance of Attachment in Early Caregiving 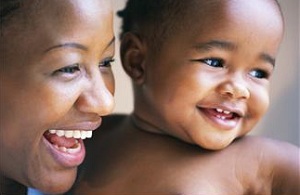 Your social life, the quality of it, was wired into your gray matter by the age of 3, according to current thinking on child development. After a minute of contemplating that statement, the immense impact of early childhood caregivers becomes clear. This subject comes to mind after reading a recent news story about Artyom Saleviev.

Artyom was first in the news in 2010. He is the Russian boy who was adopted by a U.S. couple, the Hansens, 3 years ago. After being part of the Hansen family for 5 months, Artyom was put on a plane bound for Russia by his adoptive mother. Artyom carried a letter which stated the Hansen’s no longer wanted him because of his disruptive behavior related to psychological problems. The recent news article states that Artyom is now living in a foster home (in Russia) and his behavior there is not disruptive.

In the United States, the number of children in the foster care system is close to 500,000. One-quarter of them are infants when they enter the system; 15% are age 3 or younger, some only infants. The most common reasons for removing them from a parent or relative’s home are an absence of supervision (36%) and a failure to provide (31%). What affect does this have on a baby or toddler? Are they so young they will not remember neglect or abuse by early caregivers? If only that were true.

To understand the effect early caregivers have on infants and toddlers, we can look at the implications of attachment theory. This theory, which has been substantiated by research, states that interactions with our initial caretakers determine our future capacity to build emotional bonds with others.

By the age of 3 years, children are either secure in their attachments to their caregivers or insecure. Children who are secure have the benefit of responsive caregivers that consistently meet their needs for food, safety, and affection. In adulthood, they can form lasting emotional connections with others.

There are three types of insecure attachment: avoidant, ambivalent, and disorganized.

When caregivers discourage expressions of a child’s distress or affection, an avoidant style of attachment develops. The child learns to discourage his or her own feelings, which damps down the child’s capacity to feel loved by others. Avoidant children typically withdraw from social interaction and grow into adults who are extremely uncomfortable with feelings and intimacy.

Ambivalent attachment occurs when early caregivers give comfort inconsistently. They sometimes respond to the child’s needs and sometimes do not. With this kind of care, children become unsure whether their needs will be met. As adults, they are slow to trust and at risk for mood and eating disorders.

When a child’s needs are not responded to, or the child is abused, a disorganized pattern of attachment can lead to delayed development, social withdrawal, and aggressive or disruptive behavior. Adults with disorganized attachment are susceptible to personality disorders and chronic mental health problems. Their relationships are often chaotic or short-lived.

Our attachment style sticks with us for life, although alternative behaviors and ways of thinking can be learned to improve relationships.

Not All Memory Is Conscious

When Artyom Saleviev arrived in the United States, was he secure, avoidant, ambivalent, or disorganized in relation to others? The Hansens painted a picture of a very disorganized child, although his current foster mother in Russia does not. Regardless, his experience with the Hansens, and the ill-conceived way he was sent back to Russia, are not stand-alone events. They rest on the foundation of interactions he had, or did not have, very early in life.

Even if a school-age child like Artyom is adopted or finds his way to a nurturing foster caregiver, a pattern of connection with others is already established. It begins before the child enters foster care, as a result of the child’s experience with his first caregivers, and the pattern continues after he leaves the system.

Around one-third of those 18 to 24 who age out of foster care are homeless within 18 months (in the U.S.). Up to one-half are unemployed within 4 years of leaving, and approximately 30% to 40% have a mental disorder and likely no health insurance. More than three-fourths will become parents.

To keep these sobering numbers in perspective, we can consider that people with less than stellar starts in life can, and do, lead productive lives and find a share of happiness. Humans are highly adaptable and resourceful. It is also a fact that people from “good” homes enter adulthood with mild to severe attachment issues, usually the avoidant or ambivalent type.

Difficulty trusting and connecting with others is not just a single family issue. It is part of the human condition and drives the drama we call history.

The foster care system is imperfect, but it is a nested problem. Looked at as a whole, the problem begins with the child’s experience of insufficient early caregiving and is later aggravated by the lack of support for these children during the transition to adulthood. The system is situated in a disorganized world where, unfortunately, such institutions are necessary. The best we can do is to strive to keep making improvements based on what we continue to learn about the special needs of these children.