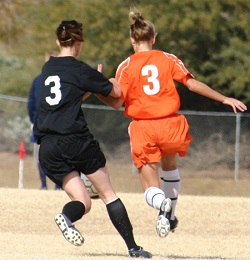 The study surveyed nearly 850 students attending 10 different Canadian schools. Students completed surveys about sports participation every year for their five years of secondary school. Then, three years after graduation, researchers asked students about symptoms of depression and stress levels. Students were also asked to rate their mental health on a scale of 1 to 5.

Other Benefits of High School Sports