Deceptive Affection: Is It Really Bad for a Relationship? 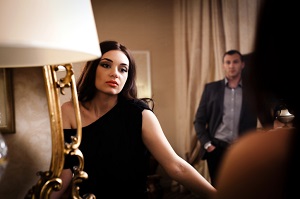 Have you ever thrown a casual “I miss you,” or “I wish you were here” to your partner when, in that moment, you did not miss them or wish they were with you? Spouses and partners who have been together for some time may find themselves using this form of interaction, called “deceptive affection,” in their relationships on a regular basis. Rather than hurting the other’s feelings, one partner may find it easier and more tactful to say what they think their partner wants to hear. When getting dressed up for an evening out, is it okay to tell your spouse that they look amazing when you don’t really think so? The answers are mixed.

Deceptive affection is not altogether bad, according to some experts. It can fulfill needs and placate attention-seeking. It can boost self-esteem and quell fights. But when used as a way to avoid true feelings, it can become troublesome to the relationship. Couples that engage in deceptive affection, including public displays of affection, just to keep up the appearance of being truly in love, can actually increase the emotional distance that exists between them. If lying about feelings toward one another becomes commonplace, then lying in other areas of the relationship may become accepted behavior as well.

Psychologist Mansi Hasan believes that couples would prefer deceptive affection over distance and resentment. “However,” adds Hasan, “deceptive affection cannot make a relationship last; after a while it may become difficult to mask your real feelings.” This is where the problems can arise. Hasan suggests that partners try to decrease their use of deceptive affection and foster real, genuine affection by staying in touch with their true feelings and finding ways to rekindle the romantic love that once existed between them.

Other helpful strategies include letting go of anger once a conflict has been resolved and to avoid comparing the relationship to those of friends or family members, or previous relationships. It’s okay to embellish a little. But when embellishing turns into complete fabrication, it might be time to take a closer look at what’s really going on in the relationship.