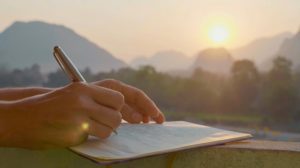 Narcissism is one of the least studied personality disorders. Different subtypes of narcissism present with varying features, making diagnosis challenging. People with narcissism may also see no need for counseling and consider it pointless or beneath them. If they do begin therapy, they may react angrily when faced with challenges, try to manipulate their therapist, or find it hard to consider things from other perspectives. They often leave therapy early, especially if they don’t see any benefit in it.

Research looking at schema therapy for narcissism is still in the early stages, but existing clinical data suggests it has promise.

People living with narcissism have a deep need for admiration and recognition and draw self-esteem from the praise and positive regard of others.

The Roots of Narcissism

Personality disorders are characterized by rigid, long-lasting patterns of behavior that affect life and relationships, causing distress and making it difficult to function. People living with personality disorders may not always recognize that some of their behaviors cause problems or affect others negatively.

The causes of narcissism aren’t fully understood. Some potential factors in development may include:

People living with narcissism have a deep need for admiration and recognition and draw self-esteem from the praise and positive regard of others. Since connecting with people on an intimate level requires a level of vulnerability, people with narcissism may avoid meaningful relationships in order to protect their illusion of grandiosity and keep an unstable self-identity from being revealed.

Researchers have identified four main subtypes of NPD. It’s possible to have features of multiple subtypes or shift between subtypes at different points in life.

Narcissism often involves symptoms that are less known than grandiosity and lack of empathy, including:

Most people with narcissism struggle to maintain employment and personal relationships, changing partners readily when they don’t receive the admiration they need. It’s also common for people to fantasize about being recognized for their superiority and humiliating people who have “wronged” them.

When therapy can help address these concerns, particularly vulnerability and self-esteem, narcissistic behaviors may improve.

Schema therapy, however, may have increased potential to treat NPD. Schema therapists offer support and validation while helping people work to understand and address the emotional mindsets causing problems in their life. For narcissism, this is often the persistent, private sense of inferiority and fear of failure.

Schema therapy combines elements of cognitive behavioral therapy, emotion-focused therapy, Gestalt therapy, and psychodynamic therapy, among others. The idea behind this approach is that schemas, or patterns of thought and behavior, develop as a result of unmet emotional needs and other early childhood experiences. These schemas are reinforced throughout life by challenges, abuse, trauma, and other negative or harmful experiences. Unless they’re addressed in positive ways, they contribute to the development of harmful or unhealthy methods of coping. These coping styles can affect behavior throughout life, often in ways that cause distress.

Schema therapists offer support and validation while helping people work to understand and address the emotional mindsets causing problems in their life.

The goal of the approach is to help people identify needs that weren’t met in childhood and learn how to get them met in healthy ways that don’t cause harm, either to themselves or to others. To help clients achieve this goal, schema therapists group schemas and coping responses into modes and use a range of strategies to address them, including roleplay, interpersonal techniques, and cognitive behavioral approaches. Therapists may set limits, as a parent would, within the bounds of the therapeutic relationship to help clients confront schemas.

The schema modes commonly associated with narcissism are:

By confronting these modes and working through them with the help of the schema therapist, people in therapy can begin to access the Healthy Adult mode, which helps heal the vulnerabilities of early childhood and fosters healthier modes of coping. After reaching this mode, people may be able to begin functioning at a more typical level and be more able to take responsibility for their actions and see how they affect others.

Why Do Narcissists Seek Therapy?

People living with NPD often believe themselves superior and struggle to consider the feelings and needs of others. This can make their actions particularly hurtful. Narcissism also often involves intentional manipulation or emotional abuse—behaviors that cause significant pain to partners of people with narcissism. In fact, many therapists specialize in helping the partners of people with narcissism heal.

The typical traits linked to narcissism, along with the tendency of many with NPD to see nothing wrong with their behavior, have contributed to the belief that therapy can’t treat narcissism. But therapy can help people with narcissism improve—if they want to change.

Andrea Schneider, LCSW, a therapist in San Dimas, California, explains what might prompt a person with NPD to seek counseling. “Typically,” she says, “Someone … with narcissistic personality may have some flexibility with some behavioral change when they are confronted with significant stressors (like a relationship ending or other crisis).”

People with narcissism may seek help for:

Narcissistic personality and associated conditions can significantly impact quality of life and emotional well-being. Addiction and stress can cause health concerns, for example, while the inability to sustain a relationship could lead to complete isolation.

To date, few studies have looked at treatment for narcissism because people with NPD don’t seek therapy often. If they do, they may only do so because someone else has urged them into it. Therapy can still have benefit, but the person with narcissism must recognize the problems with their behavior and make efforts toward change.

People who don’t see a need to address their behavior are unlikely to be able to make lasting change. But research on schema therapy suggests the approach could benefit people living with narcissism when other types of therapy don’t help. Experts do agree that narcissism often poses treatment challenges for therapists and can make progress in therapy difficult.

Schema therapy involves validation and empathy for a person’s difficulties and distress. When people with narcissism approach therapy with a willingness to change, or at least to make an effort to address harmful behaviors, the mode work involved in schema therapy may help them learn to confront the vulnerabilities they fear in a healthier way.

It can be difficult to find a schema therapist, especially if you live in a smaller city. But many therapists may be trained to incorporate elements of schema therapy into treatment. If you or a loved one has symptoms of narcissistic personality disorder, consider reaching out to a therapist who offers schema therapy or practices mode work. Don’t be discouraged by the myths about narcissism—change is possible for anyone. Begin your search for a trained, compassionate counselor today.

Author’s Note: If you’re involved in a relationship where there is intimate partner abuse of any kind—physical, emotional, or sexual—relationship therapy is usually not recommended. We encourage you to review our crisis page and reach out for support.