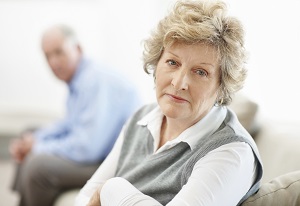 In this article I want to focus on one particular aspect of recovering from an affair: punishing the offending partner.

I am frequently asked, “How long is this pain going to last?!” That’s impossible to answer, but I do know one way to shorten the life span of your pain, and perhaps shorten the recovery process. What’s my secret? If you’re punishing your partner, stop. Why? Because punishment can slow the recovery process, thereby extending the pain you are working so hard to reduce.

In my office, I frequently hear the injured party telling their partner, “I want you to hurt for as long as possible, just like I do. You’re just going to have to take this punishment and deal with it!” The punishment begins in a wide variety of forms that ultimately prolong the injured party’s pain. In the early stages of recovery, dishing out punishment seems to provide the injured party a semblance of control after feeling profoundly powerless, helpless, and deeply wounded.

The Downsides to Punishment

First of all, punishment can lead to bitterness in one or both partners. Bitterness is swallowing a poison pill hoping the other party will die.

Second, it delays recovery due to the need for more repair. Punishment causes additional pain to a relationship already suffering on several levels. More pain means more recovery work. More recovery work takes more time. Inflicting emotional pain in someone else seldom leads to relief from our own pain because our brains are simply not wired to do that.

Punishing the offending partner means the injured party is working at cross purposes. For example, let’s pretend you are the injured party. Part of you wants to stop feeling so terrible and get your life back, perhaps save the relationship, or try to figure out whether or not the relationship even can be saved. Another part of you wants your partner to suffer, so you punish them. But punishing your partner, although understandable, only adds more pain to the relationship. The pain you feel as a result of the affair is real, deep, and pervasive. Adding pain to one side of the relationship while simultaneously trying to reduce it on the other side simply will not work. It is impossible to repair something that is simultaneously being damaged.

Think about it: If punishing the offending party must play a role, try to make it short-lived and limited. For when it persists, bitterness may take over, individual- and couple-healing is stalled, and your pain and recovery will be prolonged. Recovery from an affair is a long, arduous process, but the recovery process can be shortened if punishment stops. If need be, find a good counselor to help out.

If you and your partner really want to do yourselves a favor, attend one of Brian and Anne Bercht’s workshops for couples recovering from an affair.

Limit the punishment, reduce your pain, and shorten the recovery process.