Breaking the Silence: 5 Ways to Support Survivors of Sexual Violence 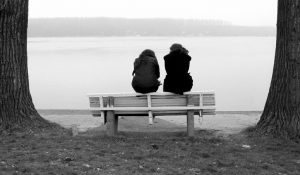 June is recognized as National PTSD Awareness Month. One of the populations most at risk for developing posttraumatic stress are survivors of sexual assault. In fact, sexual assault is the event that most commonly causes posttraumatic stress among women, with 94% reporting symptoms during the first 14 days (Riggs, Murdock, & Walsh, 1992). Additionally, 30% of sexual assault survivors continue to experience PTSD symptoms nine months later (Rothbaum & Foa, 1992). According to the National Crime Victimization Survey (2007), a woman is sexually assaulted somewhere in the United States every 120 seconds.

Sadly, sexual violence is still shrouded in a cloak of silence due to the stigma many people associate with rape. In spite of this, research has identified that 92% of survivors disclose what happened to at least one person close to them, such as a family member, significant other, or trusted friend. Unfortunately, these disclosures are not always met with support. In fact, anywhere from 25% to 75% of survivors who share information about their traumatic event experience a negative or non-supportive response from at least one person in their personal support system (Campbell, Ahrens, Wasco, Sefl, & Barnes, 2001; Golding, et al., 1989; Filipas & Ullman, 2001).

These numbers alarmingly attest to why survivors often suffer in silence. If they confide in someone, they risk being blamed, judged, or worse, not believed. These kinds of negative responses may be further traumatizing and drive survivors back into a world of secrecy where healing is delayed or even thwarted.

The time is now to create a culture where survivors of sexual assault can feel confident and safe in sharing their experiences. Survivors should be able to find respite in sharing their trauma while having it be received with support, warmth, and respect. PTSD Awareness Month can be a campaign for change. Let us lift up survivors with words of support and validation. At the same time, let us cease to accept rape myths that perpetuate and contribute to negative responses upon disclosure.

The time is now to create a culture where survivors of sexual assault can feel confident and safe in sharing their experiences.

Additionally, this paradigm shift where survivors are unequivocally supported allows all to play a critical part in attenuating PTSD symptoms. When survivors disclose their trauma and they experience a positive social response, this promotes healing, faster recovery, and fewer PTSD symptoms (Ullman & Peter-Hagene, 2014).

Here are some powerful ways to stand by a survivor and support them when they break through their silence. Remember the acronym BRAVE—which is easy, as it embodies every survivor of sexual trauma. BRAVE serves a communication model to be used as guidance for signaling five types of positive responses that help promote healing for survivors of sexual violence.

With the BRAVE communication model, when a survivor of sexual violence shatters the silence by sharing, you can be ready to respond with kindness, compassion, and the gentle care survivors deserve. Your response may be an integral part of their healing process.