Benefits of Community Mental Health, and Other News 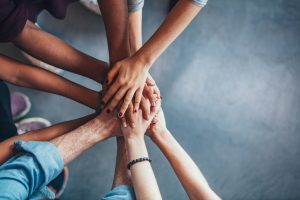 The number of available psychiatric beds dropped from 558,922 in 1995 to 37,679 in 2016. This is good news for those with mental health conditions, most of whom lead more fulfilling lives in their communities than in institutions. Inadequate funding for outpatient, community-based resources, however, has driven the number of homeless people with mental health diagnoses to more than 100,000.

When available and funded, court-ordered treatment programs—known as assisted outpatient treatment (AOT)—can help integrate people with mental health conditions back into their communities. The 21st Century Cures Act, which former President Barack Obama signed into law in December 2016, includes additional funding for AOT. Research in several states points to the efficacy of these programs. In New York, for example, researchers looked at more than 3,000 people with access to AOT. AOT reduced mental health hospitalizations by 77% and homelessness by 74%.

Smoking cessation services may improve overall mental health, according to a study published in the journal Annals of Behavioural Medicine. Researchers found 66.3% of smokers who had moderate to severe depression when they used quit-smoking services experienced no symptoms a year later.

Good Outcomes With ‘Telepsychiatry’ in Medical Treatment of Opioid Use Disorder

Telepsychiatry, which offers remote therapeutic services via video conferencing, may be a good option for people with an addiction to opioids. According to a study published in the Journal of Addiction Medicine, for people using buprenorphine to treat their addiction, telepsychiatry offered similar results to in-person therapy. Participants in the telepsychiatry group were more likely to live in rural areas, making telepsychiatry a more accessible option.

Trapped by the Game: Why Professional Footballers Don’t Talk About Their Mental Health

According to interviews with seven male football players, footballers do not feel safe discussing mental health issues. The interviews point to struggle as a common theme among players. They viewed the football field as a battlefield where they felt they had to struggle to “survive.” Shame and stigma often kept them from expressing any sense of vulnerability or emotional difficulties. Many also found it hard to integrate into the real world after careers in professional football.