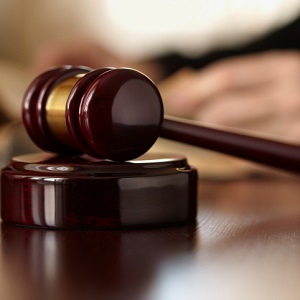 On June 22, mental health advocacy organizations across the country will celebrate the anniversary of a Supreme Court decision popularly known as Olmstead. This decision has enabled thousand of people with mental health difficulties to rejoin their communities and live in less restrictive environments.

Olmstead v. L.C. and E.W. originated with two Georgia women experiencing mental health difficulties. Both were receiving state-funded treatment in restrictive institutional settings, but clinical assessments suggested that both women would do better in less restrictive community settings. Even after clinicians recommended that the women be de-institutionalized, though, they languished in institutions. With the assistance of Sue Jamieson, an attorney with the Atlanta Legal Aid Society, the two women sued the state of Georgia.

Because Georgia refused to change its policies regarding institutionalization, the case was fought all the way to the Supreme Court. The Supreme Court ultimately ruled that, under the Americans with Disabilities Act, people with mental health issues have the right to live in the least restrictive setting possible. The two original plaintiffs in the case both saw improvements in their conditions as a result of living in less restrictive conditions, and people with mental health conditions across the country have been able to live more independently as a result of Olmstead.

I Am Olmstead Debut

The Atlanta Legal Aid Society is celebrating the 15th anniversary of Olmstead with the debut of a new website, I am Olmstead, which will go live on Friday, June 20. The site aims to increase awareness both of mental health issues and of the rights to which people with mental health struggles are entitled. It shares stories of people whose lives have been changed by the Olmstead integration mandate.

Talley Wells, an Atlanta attorney and the director of the Atlanta Legal Aid Society’s Disability Integration Project, explained to GoodTherapy.org that spreading the word about Olmstead is a key step in achieving equal rights for people with mental health challenges. “Olmstead is not only meaningful for individuals, but it enriches the whole community with the talents and lives of people who had previously been excluded. One of my favorite I am Olmstead stories is a young man with an intellectual disability. He previously would have been in an institution, but today he stocks the carts in an intensive care unit at Emory Hospital,” he explains.

Although the anniversary is cause for celebration, many people with mental health issues remain institutionalized, in clear violation of Olmstead. Some people may not know about their rights under the decision, while others may not have the resources necessary to advocate for themselves. “Unfortunately, we still have a long way to go to realize the promise of Olmstead. Thousands of people still are still living in nursing facilities and institutions who could live more full and meaningful lives in the community,” says Wells.