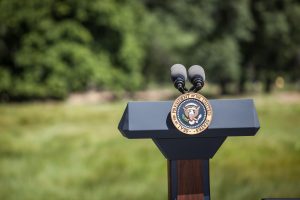 United States President Barack Obama signed the 21st Century Cures Act into law on Tuesday. The package of legislation, which focuses on overhauling treatment and care for both physical and mental health issues, had broad bipartisan support.

The legislation includes $1 billion in funding for opioid abuse prevention and $4.8 billion for medical research funding—$1.8 billion of which is reserved for cancer research. The cancer research provision of the bill was dubbed the “Beau Biden Cancer Moonshot” in honor of Vice President Joe Biden’s son, who died due to a brain tumor.

Senator David Grubb, inspired by his daughter’s experience, spoke on behalf of the bill. Jessica, Grubb’s daughter, was sexually assaulted in college and later developed a heroin addiction. She achieved sobriety in rehab, but was given 50 OxyContin pain pills after a running injury. Jessica died from her addiction, one of thousands of Americans to lose their lives in the midst of an ongoing opioid addiction and overdose epidemic.

Because the legislation loosens Food and Drug Administration (FDA) requirements for drug approval, some consumer groups have criticized it as a pharmaceutical company giveaway. However, supporters say the new legislation could speed the development of medical breakthroughs for many challenging health issues.

Children with diagnosed autism may also be more vulnerable to anxiety. Autism and anxiety tend to have some of the same behavioral symptoms, such as fear of change or social avoidance. Because autism can mask the symptoms of anxiety, researchers have now developed a tool to differentiate the two mental health conditions. The Autism Spectrum Addendum aims to help providers properly identify and discern symptoms of both diagnoses.

Type of Psychotherapy Matters in Treatment of Irritable Bowel Syndrome

Peer Pressure and Festive Food: Who Are You Trying to Impress?

When people eat with others, especially during times of celebration such as the holidays, they may feel peer pressure to conform to certain eating traditions. People may be more willing to overindulge and ignore economic considerations that would usually affect their eating and buying habits. For those who do decide to overindulge, feelings of guilt may develop soon after. Festive food might elevate a person’s mood in the moment, but the effect is usually short-lived.

Is Sex Addiction Real? Depends on Whom You Ask

Therapist opinions on the existence of sex addiction vary. Some believe sex cannot be addictive and implications otherwise are sex-negative and shaming. Others believe it can be as addictive as drugs, pointing to a compulsive approach to sex for some. Those who believe sex can be addictive point to its potentially destructive effects on some people’s lives. Currently, the American Psychiatric Association’s Diagnostic and Statistical Manual does not recognize sex addiction as a diagnosable mental health condition due to little scientific evidence for the condition.