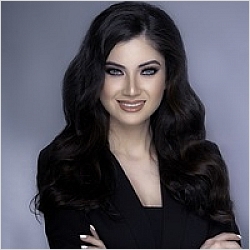 If you’ve been on the ABC News website seeking information on depression, addiction and other psychological issues, chances are you’ve read some of Dr. Safai’s insightful writing. The daughter of a practicing psychiatrist, her decision to enter medicine was almost genetically pre-ordained. “I always wanted to go to medical school,” she recalls. “After I started my medical education, I developed an interest in psychiatry.”

She earned her undergraduate degree in Psychobiology from the University of California Los Angeles before entering a dual MD, MPH program at St. George’s School of Medicine. Her residency training was completed at New York Medical College.

Dr. Safai works with a variety of disorders, but mostly handles anxiety, depression, and people living with bipolar issues. She is a self-described “firm believer” in the effectiveness of medication to treat many psychological issues. Dr. Safai also believes that too many people living in western countries are suffering because they bury themselves under expectations. “Everything is tied into accomplishments, and this focus inspires a lot of mental health issues.”

She’s a strong proponent of telepsychiatry. “It’s 100% better for patients, especially for people who don’t have psychiatrists in their vicinity. Why would some want to drive to your office when they can do it from home?”

A world traveler who lives internationally, Dr. Safai says, “There are 192 countries in the world and (so far) I’ve only visited 40.”

See other therapists in Brooklyn, NY.

Got it
GoodTherapy uses cookies to personalize content and ads to provide better services for our users and to analyze our traffic. By continuing to use this site you consent to our cookies.