Find a Therapist in New York

Welcome to the New York therapist directory at GoodTherapy.org. Our directory is the fastest and safest way to find a good counselor or therapist in New York cities. We only include professional therapists, counselors, and psychologists whose work accords, in attitude and orientation, to the elements of good therapy. Find a therapist or counselor in your New York zip code, or click on the links below to see the counselors in your city:

The United States Census Bureau claims the state of New York was home to nearly 19.8 million people in 2015. Roughly 70.1% of the New York population is white, 17.6% is black, 8.8% is Asian, and 1% is American Indian or Alaskan Native. New York’s population is 51.4% female. Data acquired from the Bureau of Labor Statistics (BLS) indicates 168,080 residents were employed in jobs that specialized in social service or community welfare. Some of these jobs include working as a therapist, clinical social worker, guidance counselor, community health worker, parole officer, child psychologist, psychiatrist, religious worker, or a marriage and family therapist. In New York, workers in these fields were able to earn an average yearly wage of $50,850. 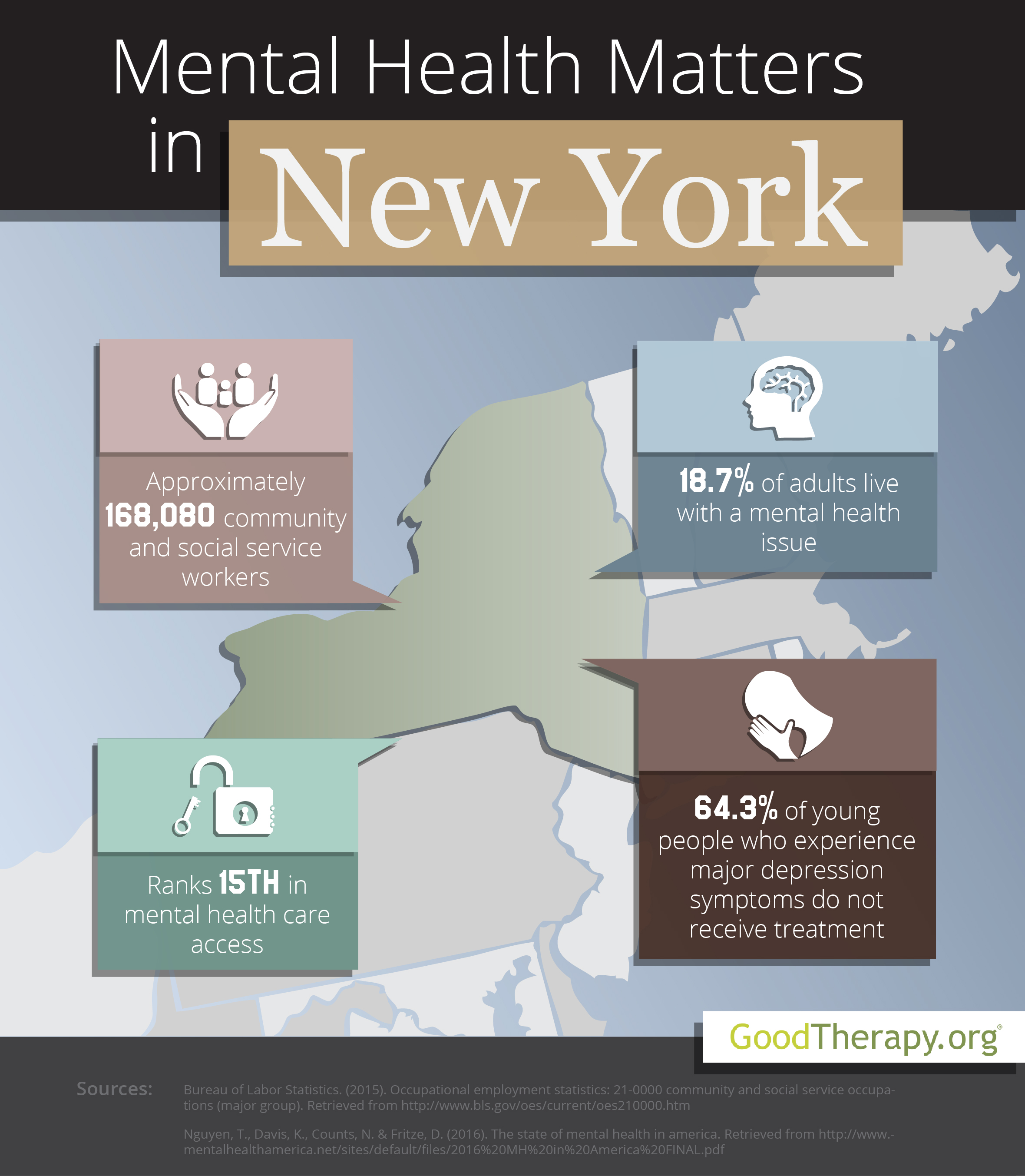 Young people in New York are also affected by adverse mental and behavioral health conditions. The 2016 MHA survey reveals close to 84,000 adolescents in the state are currently experiencing severe depression symptoms. Additionally, about 54,000 children in New York have private insurance which do not cover emotional or mental issues.