Bill Could Force Meds on People with Mental Health Issues 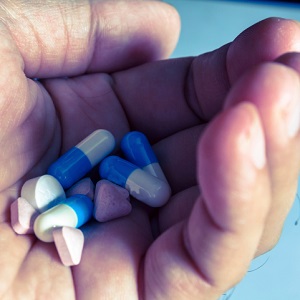 Mass shootings are quickly becoming a new norm; over 900 people have died in mass shootings in the U.S. since 2006. And while many people agree that the mental health system needs work, some “solutions” could undermine the rights of people with mental health issues. U.S. Representative Tim Murphy, a psychologist, proposed a bill in 2013 called the Helping Families in Mental Health Crisis Act. In response to several recent shootings, Murphy has begun advocating for the benefits of his bill, but a provision in the legislation could force some people with mental health concerns to take psychotropic medication.

The legislation is more than 100 pages, and offers numerous proposals for addressing mental health issues. One proposal is the use of a treatment protocol called assisted outpatient treatment (AOT). This treatment approach, already legal under some circumstances in 45 states, permits courts to order a person with a history of “medication noncompliance” to take psychiatric medications. Murphy’s legislation would greatly expand the power of courts to force medication on people with mental health issues.

Why Forced Medication Is a Problem

Forced treatment is controversial even when violence and severe mental health issues are factors, but forcing someone to take medication simply because of a history of medication noncompliance is even more troubling to many mental health professionals. The Substance Abuse and Mental Health Services Administration and the Protection and Advocacy for Individuals with Mental Illness Program, two government administrations dedicated to mental health care, both oppose forced treatment.

The trouble with forced treatment doesn’t end there, though. Sometimes those with psychiatric issues stop taking medication for good reason. Particularly among people with severe symptoms, medication can cause serious—and sometimes even life-threatening—side effects.

Whether or not Murphy’s bill is legal is an issue for legal scholars. However, legislation can’t generally be ruled illegal until someone brings a lawsuit alleging that a law is unconstitutional. This means that, if Murphy’s bill becomes law, the issue could ultimately be heard by the Supreme Court. Even if the Court rules that the legislation is unconstitutional, it could affect thousands of people before being struck down.