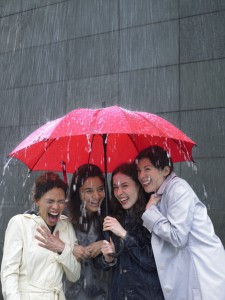 Maslow’s hierarchy of needs is a theory that was proposed by psychologist Abraham Maslow in a 1943 paper titled A Theory of Human Motivation. The theory describes, in five stages, what he believed to be necessary for human subsistence and satisfaction.

Maslow’s hierarchy is intended to track growth and development in human beings, beginning with infants, who aim to have only their most basic needs met. Typically, people reach different stages of the hierarchy throughout life, and at different times they might experience a deficit in a certain stage. When this occurs, a person will often temporarily abandon pursuit of a higher stage in order to have the more fundamental needs met. However, not all adult humans reach the top of the hierarchy, and poverty, illness, and other factors can interfere with a person’s development in Maslow’s hierarchy.

People who have not had their needs met in one area might also have their needs from another stage sufficiently met. For example, a person in poor health who has little financial security may be part of a community, have an intimate partner, and maintain close relationships with family and friends. Thus, the person’s safety needs are not adequately met, but community and belonging needs are. One might also have every fundamental need met but suddenly experience a threat to safety and shelter. In order to maintain this essential of survival, that person may then leave off pursuit of esteem or belonging needs until the threat to safety passes.

Between esteem and self-actualization, Maslow later added cognitive and aesthetic needs, which refer to what he considered the needs of academics and artists, respectively.

Viktor Frankl, a prominent 20th century psychologist and the founder of logotherapy, later added self-transcendence as a final stage in Maslow’s hierarchy, bringing the total number of stages to eight. This level concerns an individual’s ability to experience spirituality and relate to the larger universe.

Maslow argued that the failure to have needs met at various stages of the hierarchy could lead to illness, particularly psychiatric illness or mental health issues. Individuals whose physiological needs are not met may die or become extremely ill. When safety needs are not met, posttraumatic stress may occur. Individuals who do not feel love or belonging may experience depression or anxiety. Lack of esteem or the inability to self-actualize may also contribute to depression and anxiety.