Young Adults, Relationships, and the Realities of Life 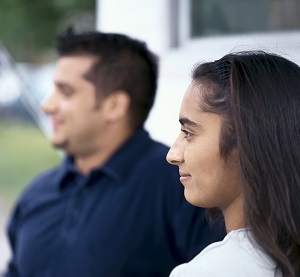 Young adults, those in their early to late twenties, often have unrealistic expectations of life. This is not a negative statement but rather a result of moving from one living environment—being at home with the parents—to the rather unique lifestyle of college or university and then into the “real” world.

Often along the way, young adults develop a distorted view of the reality of relationships. This may be because of their experience in their home life with their own parents, their relationships and forays into the dating world in their teens, or because of trends and pressures to get into a relationship once they are out of school and on their own.

The first experience that anyone has with relationships and marriage is within their family of origin. If Mom and Dad were great parents and wonderful spouses, kids of that relationship generally are likely to look upon marriage as a positive, essential component to their future. Children who grew up in dysfunctional families with abusive, addicted, or neglectful parents generally will not have a positive sense of self or a positive sense of being part of a relationship.

This is a major factor in setting how young adults see their own role in a relationship. As I discuss in my book The Law of Sobriety, these children may have had to run the family, may have had no boundaries, or may have difficulty in establishing boundaries. This puts them at risk for entering into an unhealthy and abusive relationship simply because this is the type of relationship they have experienced in the past.

Young adults from dysfunctional, addictive, or abusive families typically also have low self-esteem and may, despite wonderful talents and abilities, feel they are not worthy of a “good” relationship. They may, without realizing it, choose a partner who is very similar to an abusive parent and end up in a relationship that is hostile, dangerous, and abusive.

Similarly, when young adults have a history of dating so-called “bad boys” and “bad girls,” they may be signaling a lack of self-worth and self-confidence. They may not be selective in choosing a dating partner rather than be comfortable as a single person until they find a good match.

Many young adults stay in relationships that are mentally unhealthy or physically abusive because they fear being alone. This fear stems from their identity and sense of self-worth being tied up in being “in love” or in a committed relationship. However, the person they are in the relationship with may not be committed to them, nor be in love. As one person gives his or her all to make the relationship work, the other may simply take and take and never return the affection, effort, or desire to stay together.

Dating relationships that end with a lot of drama, multiple attempts to reunite, and extreme behaviors such as stalking, cyber stalking, or bouts of despondency should be red flags for issues with love addiction and relationship problems in the future.

With a large percentage of women either cohabitating or married by their mid-twenties and about the same percentage of men in their late twenties in serious relationships, pressure can build to join the trend.

Young adults who may not be comfortable and confident on their own may decide to enter into a relationship just to be part of what they see as the norm. This can be compounded if the young adult does not have a strong sense of who they are in the world and what they want in a partner and long-term relationship.

It is important for young adults to be comfortable as singles and to really understand themselves before getting into a relationship. As I talk about in my book, you can learn to evaluate your personal comfort as well as develop the skills needed to choose a partner who will truly be a great match for you as you move through life.