Why Change Is So Hard: The Power of Habit in the Human Brain 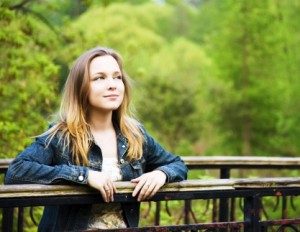 Have you ever tried to shed an old, troublesome habit? Ever made a New Year’s resolution you couldn’t keep? If so, welcome to the human race. And welcome to your brain.

We Are Creatures of Habit

A few weeks ago, I made a mixture of nuts and dried fruit and settled in for a few minutes of television in the evening. The next night, I did the same. By the third night, I was craving the nuts as I contemplated watching a show I had recorded. I was astonished how quickly I had developed the nutty TV habit. I felt like Pavlov’s dog, salivating when the bell rang. Or, in my case, salivating as I thought of TV, now associated with my new favorite snack.

While on the first night I was genuinely hungry, by the third I was eating out of habit, mindlessly heading to the nuts even though I was still pretty full from dinner. Neuroscience gives us insight into the power of habit in our lives—and why we can become victims of our own habitual behaviors.

The Anatomy of Habit

Everything we do, feel, or think is reflected in circuits of neurons in our brains. Neurons, or brain cells, communicate with each other at a gap, called the synapse. One neuron releases chemicals—neurotransmitters—into the synaptic space, where it is picked up by the receptors of the next neuron. There are billions of neurons in the human brain; each neuron connects with up to 10,000 other neurons, resulting in trillions of synaptic connections. These interconnected neurons become circuits that underlie our habits.

The more we do something—eat nuts while watching TV, ride a bike, play an instrument, study a new language—the stronger the neuronal circuit becomes that supports that habit. Donald Hebb, a Canadian neuroscientist in the 1940s, noted that once a circuit of neurons is formed, when one neuron fires, the others fire as well—strengthening the whole circuit. This has come to be known as Hebbian theory: “Neurons that fire together wire together.” Circuits of neurons maintain our habits, and our habits strengthen those neuronal circuits. The bio-behavioral influence goes both ways.

You Are What You Do

Scientists have shown that experience changes the connection between neurons. Everything you do changes your brain. If I continue my nightly TV-with-nuts ritual, that habit will become “wired” into my neuronal circuits. My behavior will change the structure of my brain. This is a rather sobering thought. From this perspective, you are what you do … so be careful what you do!

The more you do something, the more likely you are to do it in the future. The habit-driven brain doesn’t distinguish between good and problematic behaviors; it just builds repeated behaviors, thoughts, and feelings into stronger and stronger neuronal circuits. So what’s a person to do? Are we doomed to live on automatic pilot, driven by our lower brain and our habits?

While my nuts-and-TV behavior affects only me, other habits can cause damage to relationships. If I repetitively treat my husband with disrespect, that behavior becomes a part of who I am in the relationship. And it may evoke a less-than-ideal response in him, creating a negative relational dance that can erode our bond. We then become victims of our own relationship behaviors.

Prisoners of Our Habits?

We do have a choice: We can mindlessly play out problematic behaviors over and over again, becoming essentially prisoners of our own habits. Or we can step back, use our higher brains, and reflect on our actions. After three nights of my new TV-nuts habit, I realized I was acting like an automaton, and I didn’t like it. So I made a choice, using my prefrontal cortex, the part of my brain that allows me to think about what I do. I thought about the extra calories and, more importantly, the fact I didn’t want to engage in mindless eating. I stopped my habit in its tracks. Now if I decide to eat nuts, it’s when I’m actually hungry, not because I’m Pavlov’s salivating dog.

In my marriage, I work hard not to act mindlessly or to get caught up in habits of emotional reactivity. I try to think about my higher goals and to behave in accordance with my values. I don’t have to be a prisoner of my automatic response. I have learned to pause, take a breath, and think about how I want to be in my relationship. I have the power to choose, and the ability to change when I fall into thoughtless relational habits.

We Are Creatures of Change and Adaptation

It turns out that although we are creatures of habit, humans are also creatures of change and adaptation. Our brains are constantly changing in response to our changing environment. Our adaptability is the secret to our success as a species. The challenge is to harness our adaptability and use it toward positive ends, to make choices about who we want to be in our world.

You don’t have complete freedom to create yourself; you do come with genetic gifts and limitations, or temperament. But you have a lot more power to become the person you want to be than you might think. You are not predetermined by your genes. The secret is neuroplasticity, the ability of the brain to change.

Until a decade or so ago, neuroscientists thought that neuroplasticity was possible only in children’s brains. Indeed, the young brain is highly adaptable and shaped by experience, changing and growing with the nurturance (or lack of it) a child receives from parents and other caregivers. Everything is new to a young child; he or she absorbs it all, and is molded by the world around. (This is the nurture part of nature-and-nurture that makes us who we are.)

In recent years, scientists have made the amazing discovery that the adult brain is also plastic (changeable); we can learn and grow—changing our brains in the process—throughout life. And, it turns out, experience not only changes the connections between neurons, it affects the expression of genes. Genes are turned on or off by experience and environment (this is called epigenetics).

This remarkable new perspective on the adult brain’s capacity for change is heartening to those of us who want to keep growing and learning as we age. It is empowering to know that we can change bad habits and learn new skills throughout life; we don’t have to be victims of our past or of our genes. But it’s much harder for the adult brain to change than the child’s brain. With all of our wired-in habits, we have to work at what comes naturally to the young child.

Neuroplasticity Is a Double-Edged Sword

Neuroplasticity is responsible for both habits and change. Since everything you do changes your brain, you can get trapped in habits by doing them over and over—or you can make a decision to change those habits, choose a new path, and create new habits that are more in keeping with your values. You can live mindlessly, on automatic pilot. Or you can choose a different path and live in a more mindful way. The choice is yours.